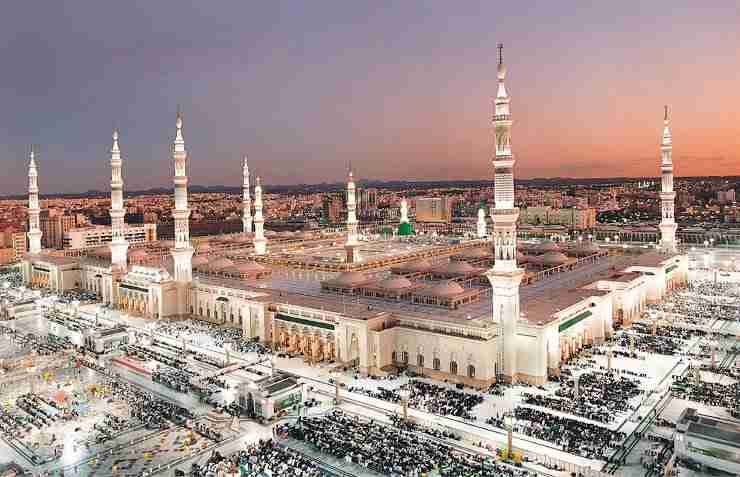 Saudi Arabia’s Tourism Development Fund will help finance a 1.3 billion-riyal ($346.7 million) project in the holy city of Medina together with Riyad Bank, as the kingdom steps up fundraising for a key part of Crown Prince Mohammed bin Salman’s program to diversify the economy.

The 15 billion-riyal TDF signed an agreement with Medina-based Knowledge Economic City Co. and Public Investment Fund-backed Riyad Bank to finance a hub it called “the biggest of its kind.” TDF and Riyad Bank will each provide 391 million riyals in funding, according to a statement Thursday.

The complex near the Prophet’s Mosque will comprise a five-star hotel, a shopping mall, and other hospitality and entertainment facilities.

“This agreement is one of several successful agreements with local banks aimed at providing investors with attractive financial solutions that encourage investments into this promising sector,” TDF Chief Executive Officer Qusai Al-Fakhri said.

Opening to tourism is one of the ways Saudi Arabia intends to diversify the economy away from oil. Under a blueprint drawn up by officials, the goal is to turn the kingdom into one of the world’s top five destinations, more than tripling the contribution of tourism to the gross domestic product by 2030 to 10%. The result is supposed to be an employment windfall that will generate an estimated 1 million jobs.

Authorities are meanwhile leaning on domestic banks to raise capital for the industry. The Red Sea Development Co., owned by the kingdom’s sovereign wealth fund, could be weeks away from closing a 14 billion-riyal loan with a small group of local banks to develop a luxury tourism zone, according to people familiar with the matter.

The agreement over the project in Medina, where Islam’s founder is buried, shows the focus is also on developing Saudi Arabia’s holy cities, a key source of revenue for the kingdom as a destination for millions of pilgrims each year before the global pandemic.

Saudi Arabia started TDF with an initial capital of $4 billion to develop its tourism. Knowledge Economic City in Medina, located in the western part of Saudi Arabia, also focuses on intellectual property and multi-media.

Vietnamese Firms Eyeing On A Bigger Share Of The Global Halal Market
Next Post: Are We Providing Enough Training To Islamic Finance Graduates?