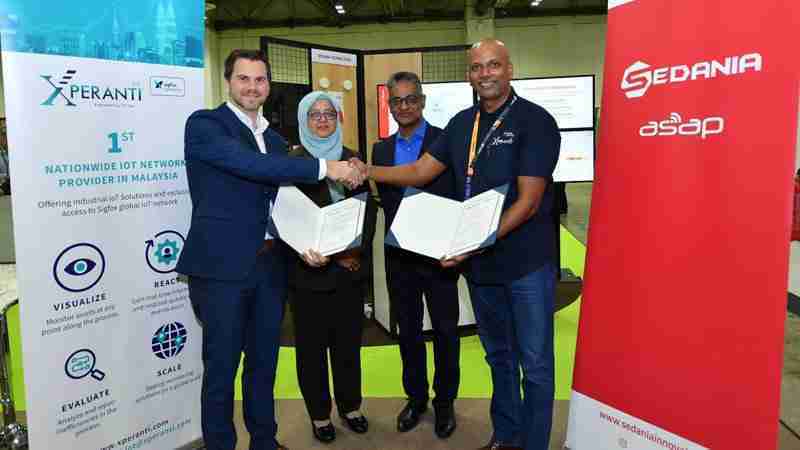 PETALING JAYA: Sedania Innovator Bhd’s (SIB) recent proposed acquisition of Sedalia As-Salam Capital (SASC) for RM12mil is a leap into the fintech sector as the company believes in its potential growth in the Islamic banking space.

The technology company’s rationale for the acquisition seems rather clear: SASC provides the As-Sidq system and is currently utilized by 21 financial services companies in Malaysia.

While founder and managing director Datuk Azrin Mohd Noor believed the proposed acquisition will obtain shareholders’ approval, he said valuation-wise, SASC should be worth much more than the 8 times forward price-to-earnings (PE) since it is already profitable and offer high margins.

“But given the potential complications that might derail the deal, it was agreed that the deal is sealed at 8 times,” he explained.

Since its inception in 2010, SASC has been providing the As-Side, which is a Tawarruq commodity trading system that utilizes prepaid telecommunication airtime credit as the traded commodity based on Syariah principles.

The system also complies with the international standards set by the Accounting and Auditing Organisation for Islamic Financial Institutions (AAOIFI). Based in Bahrain, AAOIFI consists of about 45 country members.

“The solution automates buying and selling of mobile prepaid airtime as the commodity used in the transactions between the customer, the bank, the commodity supplier, and the buyer.

“In this case, the customer is purchasing the commodity as the underlying asset from the bank. The commodity or asset is then sold for cash to a party other than the original seller,” he said.

The purchase consideration will be satisfied via RM4mil cash and RM8mil via the issuance of 25.8 million new ordinary SIB shares at an issue price of 31 sen per share.

According to SIB’s filings, the issue price of 31 sen per share represents a premium of RM0.0138 or 4.66% after taking into consideration the five-day volume-weighted average market price of SIB shares up to Feb 24 close of RM0.2962, being the last market day before the share sale agreement.

The RM4mil cash payment would be staggered over three tranches, namely RM1mil in the first tranche and RM1.5mil in the subsequent two tranches upon fulfillment of profit guarantee.

The deal was sealed at 8 times forward price-to-earnings (PE) to enable SIB to derive the best benefits from its future growth.

SASC is owned by SedaniaCorp, where Azrin holds a majority stake of 99.99%, making this a related party transaction. The remaining shares are owned by Azrin’s spouse Datin Noraida Saladin.

“The As-Sidq system is already present in 21 financial institutions and access to 500 cooperatives in the country.

“SASC’s acquisition will not only boost customers’ confidence in its product offering but it will also create value for our shareholders,” said the 47-year-old law graduate.

This was due to higher transaction volume as more personal financing applications were approved by financial services companies, as well as the offering of a new product in fixed deposit in the year.

“It will be a significant contributor to our financials, which more than offset the dilution effect from the increase in share base,” he noted.

He added that the proposed acquisition is expected to increase SIB’s share capital from RM20mil in FY15 to RM28mil in FY17.

Azrin believed the acquisition would be worthwhile since there are other untapped segments that SIB could penetrate via the As-Sidq system such as hire purchase, mortgage, credit card, and deposits.

Mortgage offers the highest utilization rate of RM240.1bil by 2020 followed by hire purchase at RM87.2bil.

“The potential is huge in the Islamic banking space due to the growing awareness of Syariah-compliant products among Muslims as well as those seeking personal financing aligned with their core principles and objectives,” he said.

An independent market research report by Info business Research and Consulting Sdn Bhd showed that the Islamic banking segment posted compounded annual growth rate of 3% from RM25.6bil to RM28.8bil between 2012 and 2016.