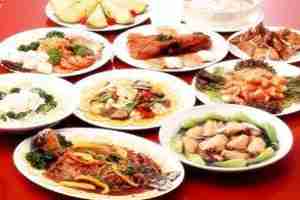 Sharjah Show To Give Thrust To UAE’s Halal Move

The UAE’s plan to introduce a label to certify halal products will form part of the agenda at the upcoming OIC Halal Middle East Exhibition & Congress in Sharjah, UAE.

The third edition of the show will be held at Expo Centre Sharjah from December 8 to 10 featuring a platform for manufacturers, dealers, RETAILERS and industry professionals to gain insights into the implementation of the move.

It is also significant since different countries that produce and supply halal products follow different standards for qualifying a product, thus making it difficult for consumers to identify a product – whether food or a banking scheme or even cosmetics – as truly halal, a statement said.

“However, with the UAE deciding to launch the national mark as part of the UAE Scheme for Halal Products, that obstacle will soon be a thing of past. The unified halal standards will also act as a catalyst to accelerate the growth of the halal industry,” said Saif Mohammed Al Midfa, CEO, Expo Centre Sharjah.

The event consists of a trade fair and a congress, a series of specialized workshops and a complementary show, the second Kitchen Equipment & Technology Exhibition Middle East.

Held under the theme ‘Opening doors to the trillion dollar market’, the show is hosting more than 125 exhibitors from Algeria, Austria, Egypt, Germany, India, Iran, Italy, Kyrgyzstan, Lebanon, Malaysia, Netherlands, Pakistan, Spain, Thailand, Turkey, the UAE and the US.

The Chefs Tech Arena, which will be held in association with International Centre for Culinary Arts as part of the Kitchen Equipment & Technology Exhibition Middle East, will feature a ‘Basics of meat preparation workshop’. The workshop, to be held on December 9 from 2pm to 4pm, will host Chef Tariq and provide insights into preparing cuts and different fabrication methods of meat carcass.

The Halal Middle East exhibition will also host special pavilions from countries such as Malaysia, Indonesia, Korea, Japan, Libya and Iran. The exhibition will be open from 10am to 6pm daily from 8 to 10 December at Expo Centre Sharjah. Admission is to free for all trade and professional visitors only.