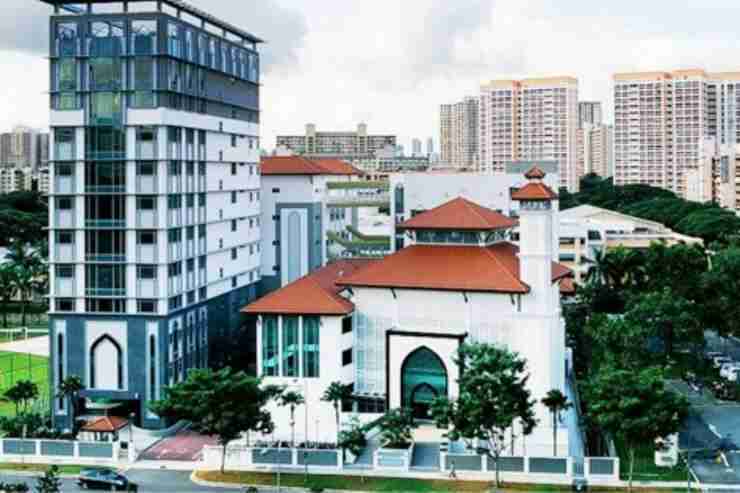 1. Muis has completed its investigations arising from allegations made against its recognition process for FHCBs. The investigations have found that Muis’s processes are sound and the recognition and delisting of FHCBs have been carried out by its officers fairly and impartially. As such, any accusations alleging abuse of power by its officer is unfounded. Muis is committed to maintaining the highest level of halal standards to meet the religious dietary needs of Singapore Muslim consumers and will conduct a comprehensive review of its FHCB recognition framework, with the revised framework to be implemented by the end of 2021.

In the interest of accountability and transparency, Muis has also referred the matter to CPIB and will fully assist any investigations into this matter. As the investigations have revealed the possibility that official information has been publicly disclosed, Muis has also made a police report.

2. A series of serious allegations were made against the Islamic Religious Council of Singapore (Muis), between April and May 2020, in connection with its recognition of Foreign Halal Certifying Bodies (FHCBs)[1]. Arising from these allegations, Muis formed an internal investigation team (IVT), led by Dr. Albakri Ahmad, Deputy Chief Executive of Muis to gather evidence and assess the validity of the allegations.

4. The IVT’s findings and recommendations were further reviewed by an independent review panel (IRP) chaired by Mr. Abdul Hamid Abdullah, Muis Council Member and retired audit director from the Auditor-General’s Office. The IRP also interviewed sixteen (16) individuals connected to the allegations to obtain oral evidence and testimonies for the investigation.

5. The findings of the IRP were subsequently submitted to the Ministry of Culture, Community, and Youth (MCCY), which has since completed its review of the investigation findings.

6. The investigation has found that Muis has in place a sound process for FHCB recognition. The procedure for recognition of FHCBs requires the submission of a completed application form and relevant supporting documents. Religious and technical questionnaires are also required to be completed for each abattoir and/or processing plant for certified meat items. The recognition criteria are also clearly indicated in the application form, and among other criteria, Muis requires FHCBs to have a competent Syariah advisory board and halal management committee.

7. A key point of the allegations was whether Muis’ recognition and delisting of FHCBs were carried out fairly and impartially. The investigations established that all recognition, renewal, or delisting of FHCBs have followed approved internal protocols, and the accused Muis officer had not approved nor delisted any FHCB based on his personal discretion. There were reasonable, objective grounds for the delisting of FHCBs, and proper approvals were obtained. Hence, any allegations of abuse of power by the Muis officer in handling the FHCB cases are unfounded.

(a) incomplete applications and insufficient supporting documents despite reminders given;

(c) the issuance of blank halal certificates; and

9. Going forward, Muis is committed to maintaining the highest level of halal standards to meet the religious dietary needs of Singapore Muslim consumers. In this regard, the following recommendations arising from the review will be adopted:

a. Muis’ halal recognition has become a well-sought after and trusted mark in recent years, but we note that the halal business landscape had evolved significantly since the introduction of the FHCB recognition scheme. Given this, Muis will conduct a comprehensive review to further strengthen the FHCB recognition framework. Muis targets to implement these changes arising from this review by the end of 2021.

b. While there have been allegations of corruption, Muis’ investigations have not been able to establish any evidence that this has taken place. Nevertheless, in the interest of transparency and accountability, Muis has also referred the matter to the Corrupt Practices Investigation Bureau (CPIB) for further investigation and will render any assistance and cooperation required.

c. The investigations have also raised the possibility of unauthorized disclosure of classified information to a third party that has been published in the media. As Muis takes the matter of misconduct of a public officer who discloses classified information to unauthorized sources very seriously, Muis has lodged a police report to investigate the potential breach of the Official Secrets Act and will take disciplinary action against any officers found to be in breach.

10. Muis has written to the FHCBs who had made submissions during the investigation process to furnish details on the grounds of their delisting. We would like to assure them that any previous applicant who is now able to demonstrate that they meet the standards required may submit their application when the window for application opens under the updated framework.

11. As a public agency, Muis takes all allegations seriously and has undertaken a thorough and comprehensive investigation into the matter. The investigations have found no evidence to support the allegations of improper conduct or abuse of power by its officer in delisting the FHCBs. The investigations have also found that while there are currently well-established processes and SOPs for the recognition of FHCBs, these can be further enhanced given the evolving nature of the industry landscape.

12. As the religious authority for the Muslim community in Singapore, Muis is fully committed to ensuring requirements for the dietary needs of the Muslim community continue to be met. Muis will continue to enforce a robust recognition process of the FHCBs to ensure continued public confidence in imported ingredients used by halal-certified food establishments and manufacturers in Singapore. All of this is part of our larger commitment to serving the socio-religious needs of the Singapore Muslim Community.

[1] FHCBs are entities based overseas that certify if food products in their respective countries meet Muslim dietary requirements. As various countries have different contexts, standards, and requirements compared to Singapore, Muis only recognizes FHCBs that meet our required standards. This ensures that local halal food establishments and manufacturing companies have access to reliable supplies of halal ingredients for their food preparation.

[2] The submissions were from individuals representing their FHCBs, local and overseas halal consultants, telephone calls and letters as well as emails from individuals who acted as commentators on the halal industry.