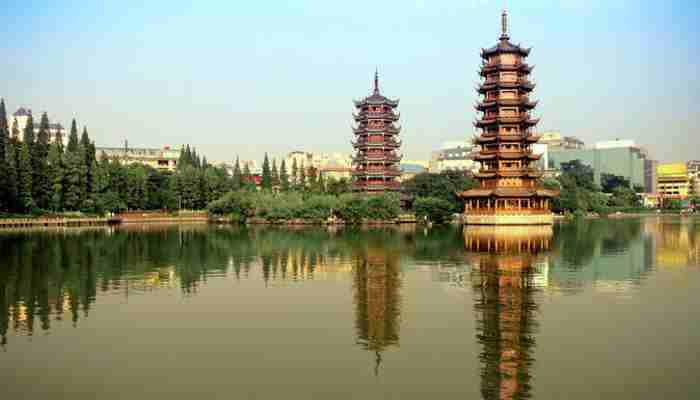 In line with this, Taiwan is promoting Muslim tour packages at the current Matta Fair at Suria Sabah here.

Kuala Lumpur-based Taiwan Tourism Bureau Director, Tony Wu, said Taiwan has more than 100 halal eateries and the island nation is aiming for 100,000 Muslim tourists this year out of 11.7 million Muslim tourists worldwide from a total of 117 million tourists recorded traveling in 2015.

It is estimated that by 2020, there will be 168 million tourists traveling all over the world, and Muslims being the least exposed to international travels and tours are estimated to be about 16 million, mainly to Mecca constricted by their religion.

The Taiwan Halal Integrity Development Association is a member of the World Halal Food Council.

There is also the Chinese Muslim Association in Taipei that certifies halal products and eateries, as well as a mobile phone app called Halal. Taiwan to help Muslims go about their ways.

Taiwan is also rated by the CrescentRating rating system, a globally recognized independent rating standard, which allows hotels and service providers to be rated based on their services and facilities provided to Muslim travelers.

The ratings are trusted by a growing audience of Muslim leisure and business travelers who rely on its insights to book hotels for themselves and their families.

The CrescentRating system rates the overall Halal-friendliness of hotels on a scale of one to seven – with one being the lowest rating and seven being the highest.

“With the island’s deserved reputation as one of the world’s great kitchens, halal foods are much welcome (Middle Eastern-Arabian, Moroccan, Egyptian, Turkish, Indian, Thai, and Indonesian dishes available).

So while getting a taste of Taiwan, you can at any time sit down to the familiar taste of home,” said Cheng Yieh Yen, a tour promoter.

Hotels with one to three crescents are considered “helpful” to Muslim travelers.

They will be able to provide information regarding prayer times and prayer direction as well as information on nearby halal food and mosques.

Unless otherwise specially stated in the hotel listing on CrescentRating.com or HalalTrip.com, these hotels do not provide halal food in the hotel.

Hotels with a rating of six to seven crescents take into account most of the needs of a halal-conscious traveler in their services and facilities. In general, they will be serving only halal food and beverages, apart from having other family-friendly facilities.

What is attractive is Taiwan Muslim-friendly leisure farms promoted by the Taiwan Leisure Farms Development Association with the Council of Agriculture and Tourism Bureau of the Ministry of Transportation and Communications.

For example, one of the farms approved by the Chinese Muslim Association – 120 hectares of wireless fidelity connected Toucheng Leisure Farm in Yilan has a Muslim kitchen restaurant and prayer room.

Their chefs have attended special halal cuisine training. Meats and ingredients are purchased only from Muslim shops and organizations.

All bedrooms have worship prayer schedules and prayer direction signs. Visitors to the farm will not see any pig being reared there, unlike those running around Penampang, Ranau, Kudat, or Tambunan rural non-Muslim Dusun/Rungus village areas. There are ducks and buffaloes.

The largest demographic of Muslims will continue to live in the Asia-Pacific region, which is defined as including South, Southeast, East, and Central Asia. – David Thien