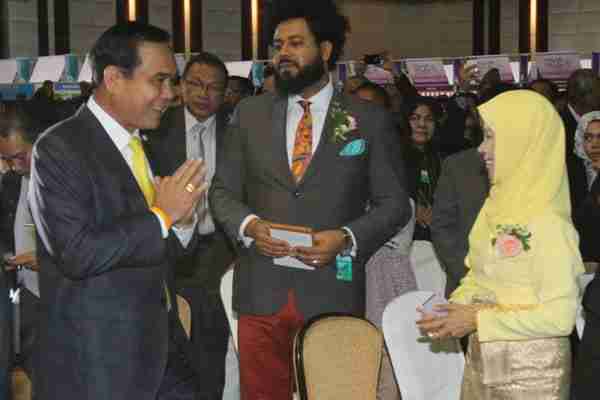 Bangkok- Prime Minister Prayut Chan-o-cha has urged the development of Thai halal food products to help boost exports. The collaboration of relevant parties in forming the Thailand Halal Assembly reflected that Thailand had the potential to develop its halal food products to meet strict international standards, the premier said at the opening of the assembly at Centara Grand at CentralWorld Hotel in Bangkok on Monday.

“Halal food exports can help stimulate the economy when shipments of other sectors are facing fierce competition in global markets”, he said. Trade and investment should focus on the unique manufacturing processes of products, including food items, to serve Muslims, the prime minister said, He further added that there are some 300 million people in the Asean Economic region ready to be served Halal food in 2015. The manufacturing processes would have to meet religious and scientific standards to do so. Technologies and innovations should also be applied to further develop such products, he said.

Gen Prayut hoped that the halal food industry could contribute to the gowth of its national income and help strengthen Thailand’s status as a major global food producer. Assoc Prof Winai Dahlan, director of Chulalongkorn University’s Halal Science Centre, said on the same occasion that Thailand exported halal products worth more than US$5 billion to 57 Islamic countries annually, and was the world’s fifth largest halal product exporter.