Tougher Times Ahead For Islamic Finance As Core Markets Slow 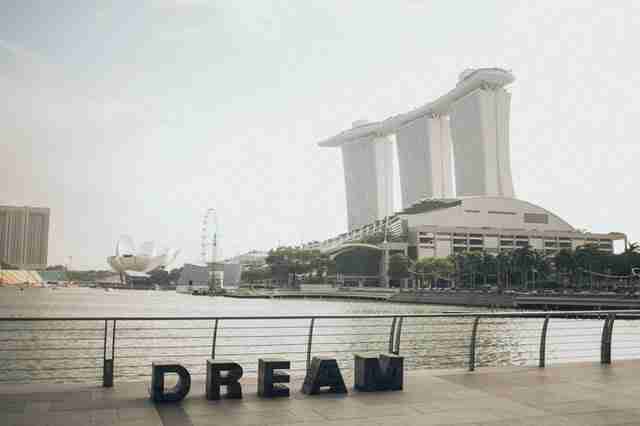 A decision by DBS Bank to wind down a joint venture with Gulf investors is more than a setback for Singapore’s biggest lender – it’s a sign that tougher times lie ahead for Islamic finance worldwide and core markets.

The industry grew at double-digit annual rates for much of the past decade, faster than conventional finance. Economic booms in its core markets, the Muslim-majority nations of the Gulf and southeast Asia, fueled the gains.

As Islamic financial assets came to exceed $2 trillion, the industry started expanding beyond its historical borders. Banks and governments in nations without Muslim majorities, from Britain to South Africa, scrambled to grab some of the markets by issuing sharia-compliant debt.

But plunging oil and commodity prices since last year mean the Gulf and Malaysia may be in for years of slower growth. That will make it harder for Islamic banks and insurers, which remain smaller than their conventional competitors, to invest in developing products and expertise needed to narrow the gap.

Customers and investors may be less willing to tolerate the higher costs which Islamic products often carry because of their complexity and lack of standardization.

And with less money sloshing around the Gulf and southeast Asia, banks and governments outside the Muslim world may see less need to court Islamic investors.

Credit rating agency Standard & Poor’s, which estimates Islamic finance grew 10 to 15 percent annually over the past decade, thinks growth will drop to single digits in 2016.

“There has been a positive impact from the high economic performance of countries where Islamic banking has been developing,” said Mohamed Damak, S&P’s global head of Islamic Finance. “But now growth is expected to go down.”

Born in its modern form in the 1970s, Islamic finance – which obeys religious principles such as bans on interest payments and monetary speculation – was advertised during the global credit crisis as a safe alternative to conventional finance. It became mainstream in Gulf Arab countries and Malaysia, accounting for around a quarter of banking assets.

But even before this year, signs were appearing in some countries that its period of easiest growth was ending. Banks and insurers had already signed up most customers who had purely religious motives; to continue growing, they had to compete more directly on price and service with conventional finance.

The annual growth of Islamic bank assets in Indonesia, home to the world’s biggest Muslim population, dropped to 8.1 percent in June from 12.4 percent in 2014 and above 20 percent in the previous two years.

An economic slowdown may magnify this problem. Weak growth prospects appear to be behind several corporate decisions in the last few months to cancel expansion plans on the periphery of Islamic finance.

Last month, DBS said it would wind down the Islamic Bank of Asia, a joint venture set up in 2007 alongside Gulf investors with $500 million in paid-up capital; it said it had failed to reach economies of scale.

In Turkey, state-run Halkbank said this month it was canceling plans to set up an Islamic unit.

International Bank of Azerbaijan, the country’s largest bank, closed its Islamic banking department this month. Behnam Gurbanzada, its former head of Islamic banking, cited a lack of support from local regulators and other industry bodies.

“During the crisis, we raised funds from Dubai, Qatar, etc., so the interest from Islamic investors is there,” said Gurbanzada, now deputy chief executive at rival Amrahbank. But he added that expansion of the industry was hurt by Islamic banks’ emphasis on short-term profits rather than long-term growth in core markets.

In some ways, Islamic finance is better prepared than before to weather a slowdown. Islamic bonds – Sukuk – have become less complex and expensive for borrowers as the market gradually standardizes. Issues by Britain, Luxembourg, and South Africa in the past year used similar structures and documentation, Damak said.

The geographical expansion will continue in some areas. After the Arab Spring uprisings, some Muslim countries such as Tunisia and Morocco intend to develop the industry, after previously neglecting it for ideological reasons.

The industry still enjoys support from regulators in populous countries such as Pakistan and Indonesia. On the other hand, its dependence on official support can make it vulnerable.

Global Sukuk issuance in the first nine months of this year totaled $48.8 billion, down 40 percent from a year earlier after Malaysia’s central bank – the single largest issuer – decided to use other funding tools.

“That is the biggest hit that the Sukuk market is going to take. New sovereigns might issue, but it will by no means replace what BNM (Bank Negara Malaysia) was issuing,” said Monem Salam, president of investment firm Saturna in Malaysia.

“In the first six months to a year there might not be new money coming in, but old money staying in,” Salam said. If economic growth remains slow in core markets over the long term, he said, Islamic finance could come under further pressure.