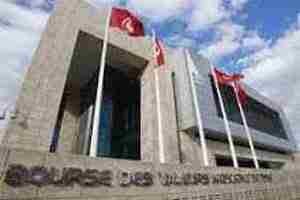 Tunisia will issue $1.75 billion of dollar-denominated bonds and Islamic sukuks in 2015 as it seeks funds to revive economic growth, the central bank governor said on Monday. With its political transition to democracy complete after elections last year, Tunisia’s new government will turn its focus to economic reforms four years after an uprising that toppled autocrat Zine El-Abidine Ben Ali. “We will issue $750 million in bonds at the end of January in addition to sukuks, which will reach $1 billion in the third quarter of the year,” Central Bank Governor Chadli Ayari told Reuters on the sidelines of a conference.

He earlier told reporters the dollar-denominated issue would be for 10-year bonds. Discussions with the market over the issue would start on Jan. 15, he said. The government said late last year that to finance its 2015 budget, Tunisia would need 8 billion dinars ($4.2 billion), of which 5 billion dinars would come from foreign sources. Multilateral lenders have also pledged aid to the North African state, which relies heavily on foreign tourism and remittances from Tunisians overseas for its hard currency.

Lenders like the IMF have praised Tunisia’s move to political stability but have called for reforms to the public spending and subsidies that are a hangover from the Ben Ali era. Ayari said Tunisia’s growth last year was 2.4 percent and its fiscal deficit was 4.6 percent of gross domestic product, while inflation was 5.5 percent. Earlier, Finance Minister Hakim Ben Hamouda told the conference that Tunisia was delaying a planned $500 million issue of sukuk until the third quarter of this year to give parliament time to rectify a law covering the emission.

He did not give any details on the planned changes. Sukuks are Islamic bonds that are issued according to religious guidelines, such as bans on interest and monetary speculation. Tunisia passed a law allowing Islamic bonds in 2013 and hoped to attract large amounts of Islamic-oriented funds from the wealthy Gulf. The International Monetary Fund agreed in 2012 to support Tunisia with a two-year credit worth some $1.74 billion.

In exchange, Tunisia agreed to follow certain economic polices, such as keeping its deficit under control and making the foreign exchange market more flexible. The government last year said Tunisia’s economy needed at least three more years of painful and politically difficult reforms to revive growth after the damage caused by the 2011 revolution.