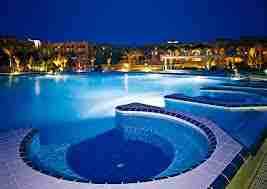 Tunisia, where nationals began voting in favor of another parliament, arrangements to raise $500 million from the offer of sukuk before one month from now’s over, as per Finance Minister Hakim Ben Hammouda.

Citigroup Inc., Natixis SA, Standard Chartered Plc and Qatar-based Qinvest “communicated their readiness to coordinate” and counsels are continuous, Hammouda said in a meeting in Tunis on Oct. 24. Previous Finance Minister Elyes Fakhfakh in July 2013 said the country would raise to the extent that $700 million from the offer of Islamic bonds, that month it affirmed a sukuk law.

“The issuance of sukuk took quite a while due to the unpredictability of this methodology and absence of involvement in this field,” Hammouda said. “At the same time at last our administration chose to have this test and to issue sukuk before the end of November.”

Tunisia may take after the U.k. furthermore Hong Kong in offering introduction Islamic bonds in the not so distant future as governments internationally look to draw in Shariah-agreeable financial specialists. The sovereign sukuk business sector is relied upon to reach $30 billion not long from now, Moody’s Investors Service said a month ago. Worldwide sukuk deals climbed 13 percent so far in the not so distant future to $37.8 billion from the same period a year ago, information ordered by Bloomberg show.

Tunisians cast tallies for another parliament today, denoting a breakthrough in the North African country’s move to vote based system after the ouster of President Zine El Abidine Ben Ali more than three years prior. Results are normal Oct. 29, as per the race commission, and presidential decisions are booked for one month from now.

The Islamist Ennahda development won the first free decision in 2011 after Ben Ali’s ouster with 37 percent of the vote. It stepped aside recently after a political emergency activated by the death of two mainstream pioneers by Islamist aggressors.