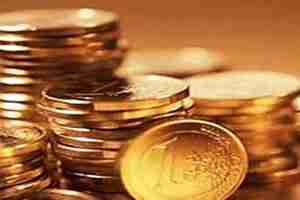 Tunisian firms are preparing to issue Islamic bonds as the government finalises rules covering the sector, creating a new funding option for companies in an economy buffeted by labour unrest and militant attacks. Islamic finance – which bars interest payments in accordance with Islamic, or sharia, law – accounts for just 2.5 percent of Tunisia’s financial sector and was a low priority under autocratic leader Zine El-Abidine Ben Ali, who was toppled in 2011.

But successor governments have been seeking to develop the industry, partly as a way to gain access to pools of sharia-compliant capital in the wealthy Gulf. With the encouragement of regulators, the country’s first Islamic lender Banque Zitouna – founded in 2009 by Ben Ali’s son-in-law – plans to open 100 branches over the next five years and El Wifack Leasing aims to become the country’s third full-fledged Islamic bank by August.

The government is preparing to issue its first sovereign sukuk – Sharia-compliant bonds – this year and has worked out rules for the sector, Amel Azzouz, Tunisia’s secretary of state in charge of international cooperation, said. “We are now finalising an integrated legal framework dedicated solely to Islamic finance, to serve as a regulating mechanism,” Azzouz said during the annual meeting of the Jeddah-based Islamic Development Bank Group, according to a transcript.

“A law exists but we need the practical rules. When this is done then these financial institutions will issue sukuk,” said Frad, adding aggregate issuance of Tunisian corporate sukuk could initially reach 100-150 million Tunisian dinars ($51-$76 million). “Before the end of the year, Zitouna and Best Lease will be able to issue.”

State-owned electricity and water utilities may follow suit, while national carrier Tunisair could tap the market later after clearing legislative hurdles, Frad added. The Tunisian arm of Bahrain’s Al Baraka Banking Group is expanding operations after it became a resident bank at the end of 2013. The Islamic lender is adding wholesale banking and investment products, which could include sukuk.

“Best Lease (sukuk) will be a good idea and we are considering this,” Chief Executive Adnan Ahmed Yousif told Reuters. Since 2014, Al Baraka’s Tunisian arm has launched six sharia-compliant products such as vehicle financing, and introduced pilgrimage savings schemes to the Tunisian market. It plans to launch sharia-compliant student loans this year. ($1 = 1.9689 Tunisian dinars)

Inaugural World Bank Symposium On Islamic Economics & Finance To Be Held In Istanbul
Next Post: Africa Islamic Finance Forum To Be Held In Cote d”Ivoire