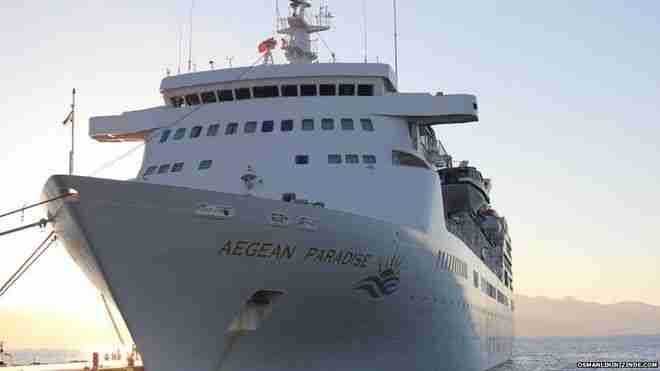 Travelers joining the ship when it sets sail at the end of September will find gender-segregated sports facilities, spas, and Turkish baths, the Anadolu news agency reports. There will also be no alcohol, no gambling, and no pork products on the voyage across the Aegean Sea, the report says. Even the ship’s furnishings are being carefully considered. “We don’t even have a painting on a wall of the ship which is against Islamic values,” project manager Gokmen Aydinalp tells the agency.

Travelers on the four-night trip, called On the Trail of the Ottomans, will visit sights in Rhodes and Crete. “It will not be just a cruise which does not have alcohol or pork-related products,” says Kemal Gunay, general manager of Fusion Tour, which is running the cruise. “It will be a cultural and historical tour which promises an atmosphere of social networking.”

Halal tourism is a booming industry in Turkey. Hotels catering to Muslim holidaymakers’ requirements are on the increase, offering features such as women-only swimming pools or beaches.