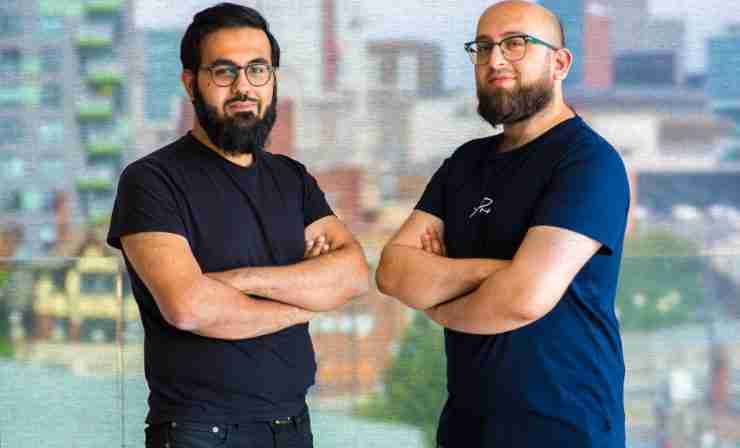 UK-based IslamicFinanceGuru has secured £3.0 million in capital through a round led by Outward VC.

Outward says it is pleased to confirm its investment in IFG, the UK-headquartered Islamic finance platform. Other investors include B&Y Venture Partners and angels.

The platform has been designed to offer Muslims all over the world “the same access to high-quality, suitable financial products as others receive from mainstream finance and fintech.”

Outward VC reveals that they caught up with the co-founder Ibrahim Khan in order to break down some of the areas that “make this market an opportunity so exciting.”

While commenting on the team behind IFG and where it all began, IslamicFinanceGuru’s co-founder said that since they all met at university back in 2010, the team knew they wanted to do “something big, exciting and entrepreneurial – we just weren’t sure quite what.”

The company’s founder added that IFG started as “a blog back in 2015 – I and Mohsin promised our respective wives it was just a harmless side hobby that wouldn’t take up too much time at all.”

“Fast forward to late 2019 when we were quitting our corporate law careers (me at Debevoise & Plimpton and Ashurst and Mohsin at Squire Patton Boggs) to go full-time on IFG, and we both had an interesting conversation with our spouses on our hands.”

“Of course, they backed us, knowing how much of a passion this is for us. Serving the Muslim community and getting them financial access and education they wouldn’t otherwise have is something we care deeply about.”

Ibrahim also mentioned that Mohsin and I may “appear similar on paper, but we’re like chalk and cheese in terms of our skillsets.” He also noted that he loves the content and sales side of things while Mohsin “has a strong eye for detail and operational excellence.”

While commenting on why this product needs to exist, Ibrahim explained:

“Muslims form a quarter of the world’s population and yet they are embarrassingly underserved when it comes to financial products that match up with their ethical and religious requirements. We don’t agree with the status quo and there’s a huge opportunity in solving it.”

He pointed out that Sharia compliance “sounds vague and scary but it doesn’t need to be.”

“We help ease the pain on both sides by educating Muslim consumers and making it easy for them to compare and invest into various pre-vetted sharia-compliant financial products. And we help the providers of these products (who are often non-Islamic and mainstream) understand how to unlock an audience that is about a quarter of the world’s population.”

Responding to a question about why he’s excited about the market opportunity, Ibrahim said:

“7 of the Next 11 countries are Muslim majority countries, and 90% of those joining the internet over the next decade are from emerging markets. These are the future middle classes of the world.”

At present, they do not have access to financial products (about half of the world’s unbanked 1.7 billion people are Muslim). He further revealed that they are sure “that will change over the next decade, and as a market-maker and catalyst for this revolution, IFG is well-placed to develop deep and lasting relationships with its customers.”

Addressing a question about what their main priorities will be over the next year, Ibrahim stated:

“Our core focus is on building, shipping and iterating on IFG Wealth, a platform that will allow consumers to discover and track their halal investments as well as join a strong community of like-minded others. To deliver this we need to assemble a strong Product, Engineering and Partnerships team. We are very excited about the people we’ve brought onboard thus far.”

He also mentioned that their main or core belief is that “world-class companies are built by world-class teams. So Product and People are the two big priorities.”

Going on to share the company’s long-term vision, Ibrahim said:

“We want to create a world where it is possible for Muslims everywhere to level up financially without compromising on their values. Our role in bringing about that world is to become the world’s most trusted source of Islamic investments.”

Happy Eid-ul-Adha To All Our Readers & Their Families
Next Post: Wahed Invest To Include 1st Islamic China A-Shares 100 ETFs on Its Platform