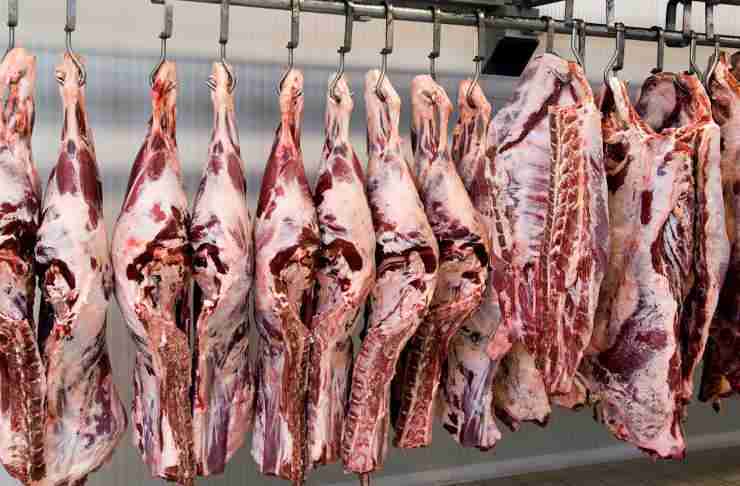 George Eustice has been warned that up to 60 Tory MPs could rebel if the Government attempts to push through new rules to restrict the amount of halal and kosher meat that can be produced in Britain.

The Telegraph can reveal that a major row threatens to erupt between backbench MPs and Mr. Eustice, the Environment Secretary, over proposals to introduce quotas on the number of animals that can be slaughtered without stunning.

The controversy centers on an amendment to the Animal Welfare (Kept Animals) Bill which, if passed, would toughen legislation to ensure the meat industry provides proof of a religious requirement for animals to be slaughtered in this way.

The proposal is due to be put forward by Chris Loder, a Tory MP and animal welfare advocate, who argues that his plan would not prohibit the slaughter and production of non-stunned meat for religious groups.

He says it would minimize the number of animals slaughtered in this way by ensuring that limits align with the demand for non-stun meat among religious communities.

But the prospect of new restrictions has angered dozens of Tory MPs in constituencies with large Muslim and Jewish populations, with critics claiming it represents a crackdown on religious freedoms.

Sources say as many as 50 to 60 Tory MPs are prepared to vote down the amendment. Several also argue that only a small proportion of the meat on the market is kosher, meaning any restrictions would be likely to be seen as being targeted at the Muslim community.

Animal welfare legislation requires all animals to be stunned before slaughter to minimize suffering, but there is a religious exemption to enable religious communities to meet Jewish and Muslim religious dietary preferences.

Welfare campaigners believe this exemption is being used by abattoirs to increase the amount of non-stun slaughter they carry out because it is simpler and more cost-effective.

While the Department for Environment, Food, and Rural Affairs has so far refused to say whether it will back the amendment, it is understood Mr. Eustice and other ministers in the department are privately supportive.

They are said to favor a quota system similar to the one in Germany, which is based on an assessment of the need of orthodox religious communities and requires abattoirs to apply for a license and demonstrate that they have an actual market for the food they are producing.

However, the Government is said to be split over the issue, with Number 10 yet to take a position.

MPs opposed to the plans include Steve Baker, the former Brexit minister and MP for High Wycombe, and Sir Graham Brady, the chairman of the 1922 committee, who represents Altrincham.

On Saturday, Mr. Baker told The Telegraph: “If we want to govern this country, we have got to respect people’s religious freedoms. I’m certain every Conservative, who like me, has a significant Muslim population, will understand how dearly people hold this principle of respecting the animal by minimizing their suffering.

“They will know they will lose their seats if Muslims’ religious freedoms are not respected in this area.”

Sir Graham confirmed that he would vote against it, while a third senior Tory said: “The big issue about this is it’s really unconservative. It feels almost Stalinist. Loads of ‘Red Wallers’ believe Labour will use this to say we are anti-certain communities.”

As a backbench MP, Mr. Eustice called for MPs to be given a free vote on the religious non-stun slaughter in July 2019, arguing that there had been an “alarming rise” in the number of animals killed using these methods.

He also highlighted that there was no “universal view” on the non-stunned slaughter in the Muslim and Jewish communities, adding that in Middle Eastern countries it was not a “particular requirement” and appeared to be “predominantly a western cultural interpretation of the Muslim faith”.

Non-stun slaughter is used to kill animals for some halal and kosher meat, although there is disagreement in the Muslim community about whether the practice is necessary for meat to be halal.

Food Standards Agency estimates suggest 88 percent of animals in the UK killed by halal methods were stunned, but some members of the Muslim community believe non-stun slaughter is necessary for meat to be truly halal.

The Jewish method for kosher meat, known as shechita, requires animals to be non-stunned when slaughtered. Religious groups who observe the method argue that it is humane.