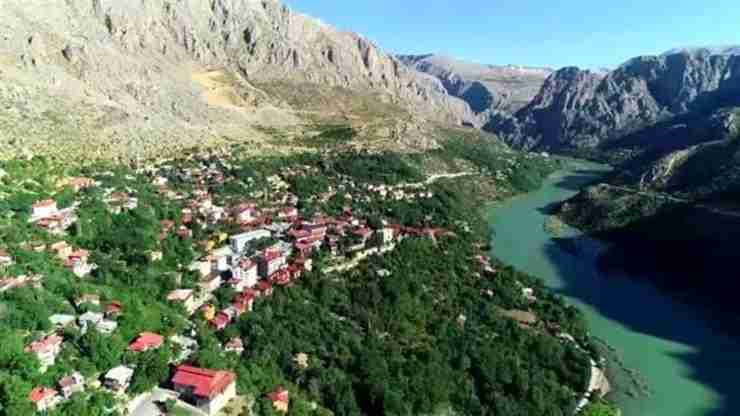 The historic town of Kemaliye in the eastern province of Erzincan and the Late Antique and Medieval churches and monasteries of Midyat and surrounding area called Tur Abdin in the southeastern province of Mardin have been added to the UNESCO’s list, the Culture and Tourism Ministry said in a statement.

The historic town of Kemaliye (or Eğin) is located in the northwest of the Eastern Anatolian Region, and to the southwest of the Erzincan province, which lies in the Upper Euphrates. The east, west, north, and south of the Kemaliye settlement are surrounded by mountains.

The Karasu tributary of the Euphrates, which is the longest river of Southwest Asia, flows through the east of Kemaliye. Lake Kadı and some other brooks, which begin in this district and flow into the Karasu River, are the most important water sources, leading to the creation of permanent settlement there.

The construction of the Taş Yol (the Stone Road) above the Karanlık (Dark) Canyon by local people using primitive methods to connect the caravans to the Giresun Port over Central Anatolia began in 1870 and completed in 2002, which meant that its construction lasted 132 years.

This seven-kilometer road consists of 38 tunnels whose heights range from 400 to 500 meters. The Taş Yol is categorized as one of the “most dangerous roads” in the world.

Being located over the Silk Road, caravan routes played a significant role in the change of rulers and invasions of Kemaliye, which became an important trade center within the region over time thanks to the transportation carried out over the Euphrates River and the Custom House – founded in addition to the customs in Istanbul.

Midyat is located in the center of Tur Abdin (meaning “the Mountain of the servants of God” in Syriac) region, a limestone plateau in southeastern Turkey. The region is bounded by the River Tigris in the north and east, by the Mesopotamian plain in the south, and by the modern city of Mardin in the west.

The Tur Abdin region presents early examples of monastic architecture, where intense construction activity has been experienced since the early periods of Christianity. It witnessed the emergence of a new and unique architectural language that can be associated with the Syriac Orthodox community throughout history.

The rural landscape, a limestone plateau, covers 80 villages with approximately 100 churches and 70 monasteries.

Together with surrounding the terraced vineyards, olive, and almond trees, the monasteries and churches form a dramatic landscape.