What Is The Coronavirus Doing To India? Rise of Islamophobia 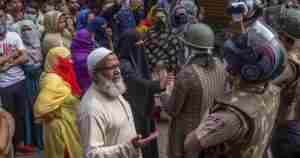 What Is The Coronavirus Doing To India? Rise of Islamophobia. An organized hate campaign by Indian media, ultra-religious Hindu terrorists, and the big guns sitting in the present government in the country has been targetting an already marginalized community. But, the Muslims do not have anywhere to go as no one would listen to them. Even the country`s top court has been giving free hand to the BJP terrorists such while pushing the Muslim community in every notable case they hear in the apex court.

Even most Muslim countries do not know much about the plight of the Indian Muslims although they make up at least 15% of the country`s 1.3 billion population. Only recently, the Organization of Islamic Countries (OIC) has asked the Indian government to stop Islamophobia against the Muslim minority in the country. However, the history of successive Indian governments seems to suggest that no action will be taken against the Hindu fundamentalists.

The following article appeared on www.huffpost.com, one of the most popular independent news sites. Please read to know the details of how Islamophobia in India is damaging the ability of the country to control COVID-19.

How Islamophobia Is Hurting India’s Battle Against The Coronavirus

You Cannot Enjoy Ramadan Due To Coronavirus Pandemic Restrictions
Next Post:COVID-19 & Oil Price Collapse: A Double-Edged Sword For GCC