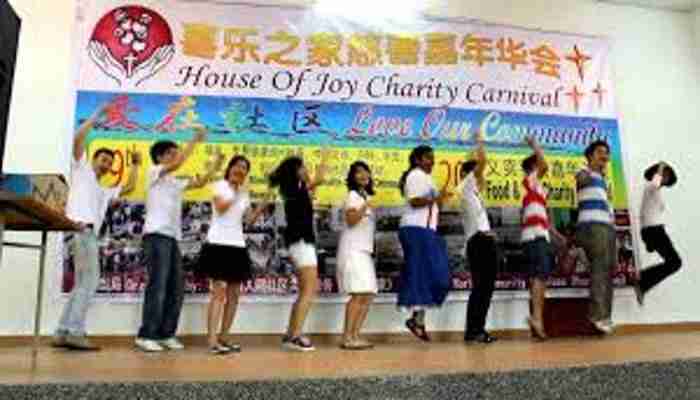 KUALA LUMPUR, April 20 ― Nearly three decades old here, Islamic banking is still grappling with perception problems. On the one hand, critics claim the industry is little more than traditional banking repackaged in a Shariah-friendly veneer. On the other hand, the industry is also inaccurately seen by Muslims to be charitable bodies rather than the profit-driven entities that they are, according to former Islamic banking and finance academic Datuk Dr Asyraf Wajdi Dusuki yesterday.

Now, the Islamic banking industry is considering a step that will address both problems together.

“When an institution carries the name Islam, sometimes there is misperception or misunderstanding on what the institution should be. One of the common misleading views is to relate Islamic banking only to focus on social welfare.

“Islamic banking is just as any other commercial entities, they are expected to make money and profit. They’re not operating on their own money, just like ordinary banking institutions,” said Asyraf, now a senator and deputy minister, in a seminar on Islamic charities.

Asyraf made his remarks while launching a report on “Sadaqah House” (SH), a concept through which Islamic banking hopes to contribute more to the society, possibly tackle poverty and inequality, and subsequently play a wider role than regular commercial entities.

In a keynote address at the Global Islamic Finance Forum that year, Abdul Halim proposed the SH as a way for the private sector to be involved in voluntary charities, and complement the government’s involvement in obligatory charities such as the zakat, or Muslim alms.

The proposal was then picked up by the International Research Centre of Islamic Economics and Finance of the International Islamic University College Selangor (KUIS) together with BIMB, resulting in a workshop, steering committee, and finally a report on SH’s viability.

In the report, several models were considered, but the mechanisms are roughly the same: funds from donor would be invested by the SH, and the profit after tax would be distributed as donations to specific charities.

Its authors believed that one of the factors driving the idea is Malaysia’s rising inequality, as indicated by the Gini coefficient’s consistent decline here for the past 20 years, with the lowest recorded in 2014.

Proponents believe that the move would not only move Islamic financial institutions to deal more directly with social welfare beyond corporate social responsibility (CSR) initiatives, but also to further differentiate it from conventional banking.

“For conventional banking, their philosophy is profit maximisation without any barriers. [Meanwhile] we have that Shariah parameters,” Asyraf told the media, referring to Islamic banking.

In May 2016, a special task force was formed to propose SH’s establishment in the country, involving KUIS, the International Institute of Advanced Islamic Studies Malaysia, Islamic College of Johor, and BIMB, whose Shariah division head Mohd Nazri Chik serves as adviser.

As a strategic partner in the study, BIMB may have first dibs on the concept, but its chief strategy officer Hizamuddin Jamalluddin was cautiously optimistic when asked by Malay Mail Online over the prospect of implementing the idea.

“We hope to cooperate between BIMB and Islamic banking as a whole to develop this concept of Sadaqah House,” Hizamuddin said.

“We have to see the best model, to not just involve BIMB but we also ask other friends in Islamic banking to cooperate in developing this concept. It is a strategic work together with other Islamic banking institutions.”

Evidently, among the biggest challenges for SH is to get banks to adopt the concept, especially when there may be little profit to be made.

In one of the three models, where SH is offered as a banking product, the bank does not make any profit at all from the money deposited, despite operational costs such as for fund management, advertisement, and promotion.

“This is in the area of social welfare. It’s part and parcel of responsibility of the citizens of this country, be it individual or organisations,” Abdul Halim replied when asked about this.

“I would have thought that at this particular area, banks should be aiming to cover the cost, not to make profit. They can try to make some profit to prepare for rainy days, but it should not be aiming at making reasonable profit.

“The profit should come from the commercial area,” he explained.

Clash between federal and state jurisdictions

The concept is not without any potential problems, with the research showing that the federal Malaysian Islamic Development Department (JAKIM); the Wakaf, Zakat and Haj Department; and state Islamic religious councils were concerned over the use of the Arabic term “sadaqah” for the name. The word roughly translates as “charity”.

“They opined that such term would trigger jurisdictional issue between the State and Federal Government. This is due to the fact that the term ‘sadaqah’ implies the Islamic donation, hence falling within the ambit of the state jurisdiction,” said the report.

Instead, the concerned religious bodies suggested that in order for the SH concept to be implemented within the banking environment, it can be called “i-donation” or “i-charity”, denoting an Islamic financial concept.

The research also found that the concept may be less attractive to both Muslims and non-Muslims due to their confusion and misconception, with the latter possibly perceiving that it is confined only to the former.

They remain hopeful,however, believing that the SH will “revive” the Islamic way of social welfare, by institutionalising the Islamic financial institutions’ CSR programmes.

“For the past 40 years we’ve already succeeded in promoting Islamic finance to the global market, particularly on its effectiveness and viability to compete with conventional institutions when it comes to commercial aspect.

“Now we have to go to the next level, where Islamic finance is not just about making money. It’s about doing good for people, the inclusivity in the society. No one should be left out,” Asyraf said.