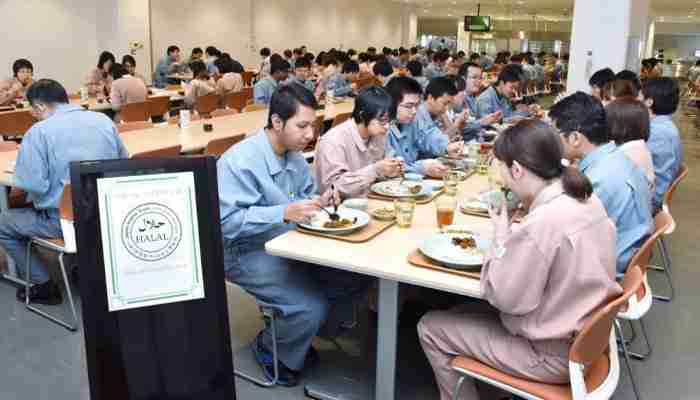 TOKYO —Japanese fastener maker YKK Corp has started providing halal meals at the cafeteria of a factory in central Japan, as an increasing number of Muslims are going to the factory for training.

The company said it has set up a kitchen exclusively dedicated to halal food, which Muslims are permitted to consume under Islamic Law, at one of its plants in the city of Kurobe, Toyama Prefecture on the Sea of Japan coast.

The meals are served on plates used only for halal food to avoid indirect contact with non-halal food such as pork.

The service is available for lunch at the plant’s cafeteria, which was certified by the Japan Islamic Trust. So far, 10 people are using the service. The YKK Group has expanded its business in 71 countries and regions and many foreigners visit the plant for training.

Halal means lawful in Arabic in accordance with Islamic Law, which forbids consuming the flesh of swine and alcoholic drinks.

Muslim Youth Showcase Creativity at Fest In Malaysia
Next Post:Philipines Could be a Leading Halal Exporter in 2 Years, Says MinDA Chief