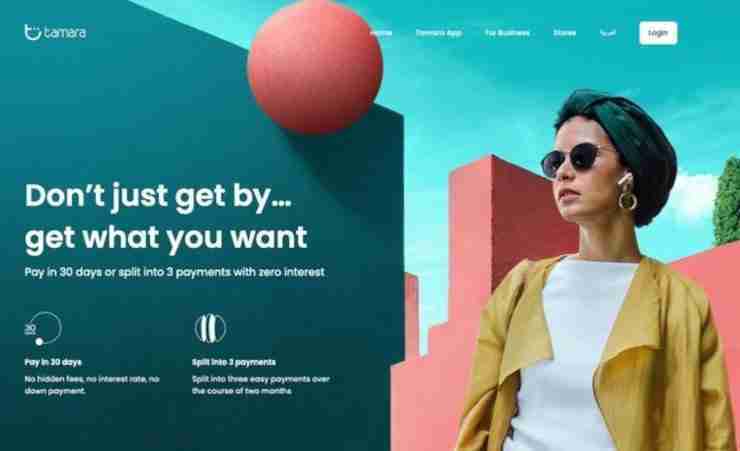 The e-commerce market is growing in the world. Investors are rushing to help online retailers sell larger items to consumers with the so-called “buy-now-pay-later” business model. The Muslim world is no exception to that. Buy-Now-Pay-Later (BNPL) business model is fast gaining traction in the Muslim world. Terms vary, but the space is very active.

A Saudi BNPL platform Tamara has secured funding of $110 million. It plans to use the newfound cash injection to expand its operations across the GCC.

This is the largest Series A funding ever in the Middle East and North Africa (MENA) for a BNPL company. The news comes just six months after Riyadh-based Tamara launched in September last year.

Founded by entrepreneur Abdulmajeed Alsukhan and his partners Turki Bin Zarah and Abdulmohsen Albabtain, Tamara was the first BNPL firm to be part of the Saudi Central Bank’s Sandbox fintech development program.

Tamara allows shoppers to purchase goods and services and delay the payment for 30 days, or spilled the purchase into three payments spread over two months.

The company has signed up around 1000 merchants to its platform, including Namshi, Floward, SACO, Nice One, Whites, and Nejree. It has reported healthy average monthly growth rates, with its user base growing 180 percent month-on-month and transaction volumes increasing 170 percent on average each month.

“Tamara was born to make a change. The region and the world need payment solutions that are transparent and customer-oriented. At Tamara, we offer our customers an alternative to credit cards and Cash on Delivery (COD). It enhances their shopping experience,” Abdulmajeed Alsukhan, Tamara’s co-founder and CEO, said in a press statement.
Operating in Saudi Arabia and the UAE, Tamara also has offices in Vietnam and Germany. It also plans to expand to other GCC countries soon.

The BNPL cohort of startups is showing signs of pursuing verticalization to find veins of market demand that remain untapped by the largest players in their market. The Halal Times staff plans to add more stories on the BNPL model.