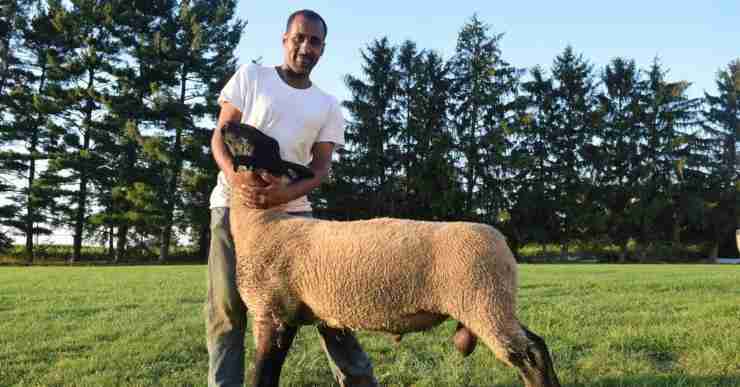 To Stun Or No Not To Stun

There has been a lot of controversy around the concept of stunning or not stunning animals before they are slaughtered. The debate on this issue has been going on in Europe and North America for quite some time now. Even among Muslims, people seem to have differing views on this issue.

What Is Animal Stunning?

According to Wikipedia, “Stunning is the process of rendering animals immobile or unconscious, with or without killing the animal, when or immediately before slaughtering them for food.” are rendered unconscious through blunt force, electric shocks, gassing, or a steel bolt that penetrates an animal’s skull. Stunning has been used for decades.

Islam is a religion that shows compassion to animals as mentioned in the holy book Qur’an and sayings of the Prophet Mohammed (pbuh). It lays down strict rules for humane slaughter. In many Muslim and non-Muslim countries, animals are slaughtered by Muslims without pre-stunning.

“Animal welfare has been addressed by Islamic legal scholars since very early in Islamic history,” said Bogac A. Ergene, a history professor at the University of Vermont and co-author, with Febe Armanios, of “Halal Food: A History.”

“Everyone agrees that an animal’s suffering should be kept to a minimum, he added. What is up for debate now is, among halal meat producers, certifiers, and consumers, whether stunning accomplishes that goal. Some argue that stunning itself can cause great suffering, particularly if it is not carried out properly.

In majority-non-Muslim countries like the US, Europe, and Asian countries, animal slaughtering is prohibited without stunning. But, Muslim and Jewish religious leaders see the ban as a threat to their religious freedom.

At issue is whether to allow religious exemptions to European Union rules that state animals must be knocked out before they are slaughtered, which supporters say is more humane. The United States has similar regulations but allows for religious exemptions.

Both Islam and Judaism require that the animal be treated well in life and be healthy and unharmed before slaughter, which all Jewish religious authorities and some Muslim ones interpret as a prohibition of “stunning” before slaughter.

According to Muslim and Jewish religious bodies, the recent ban on animal slaughtering without stunning is a direct result of hatred for Muslims and Jews in Europe and some other countries that anti-Semitic and anti-Muslim sentiment was responsible for some — but not all — of the momentum behind the recent bans.

In Europe, Belgium, Sweden, Norway, Iceland, Denmark, and Slovenia do not allow religious exemptions to the stunning law. Other European countries have varying requirements.

A recent article by Helena Horton published in The Telegraph highlights the on-going debate citing that there should be clear labeling to show whether the animal In question was stunned before slaughter. The labeling will give consumers a choice to buy it or not.


We invite our readers to give their opinion on this all-important issue as it has the potential to affect us and our future generations to come.

How Is Islamic Fintech Going to Evolve In 2021?
Next Post: Deutsche Bank To Announce A Major Sukuk Issuance In Saudi Arabia