What Is the State of the Islamic Fintech Industry in Britain? 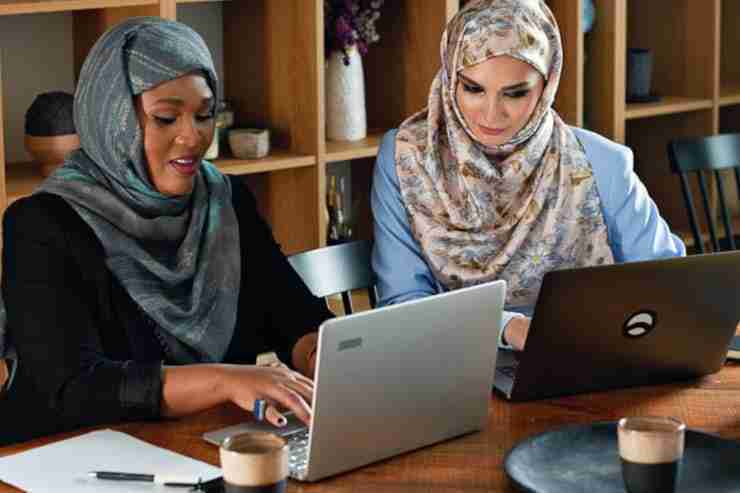 The Islamic fintech industry has been growing exponentially. According to recent data from Dinar Standard, the industry is expected to grow to US$128 billion globally by 2025, a whopping 161% increase from 2020 figures. The UK is one of the fastest-growing Islamic fintech markets in the world.

In June 2021, the Boubyan Bank Group, a Shariah-compliant Kuwait-based investment company announced that they were going to launch the world’s first Islamic international digital bank in the UK.

On July 27, 2021, Alif, a Tajikistan-based Islamic fintech announced plans to expand into the UK market.

Where Does the Islamic Fintech Industry Stand In the UK?

According to an article published on fintechfutures.com, UK leads the way in Islamic fintech ahead of Malaysia, Indonesia, and UAE. Currently, there are more than 142 Islamic fintechs globally out of which the UK hosts around 27 Islamic fintech companies.

Some of these firms are as follows.

What Are The Challenges Islamic Fintech Industry Is Facing In The UK?

Brexit & the Islamic Fintech Industry in the UK

There is no doubt Brexit has affected the Islamic fintech industry negatively. Fintechs in the past would consider the UK as a gateway to the European market. But, no more. Due to the Brexit, new entrants in the industry may want to start with the European market first before entering the UK as the latter`s market is much smaller than the former.

Britain has an excellent regulatory framework for new entrants in the tech and finance fields. It is mostly technology-neutral in that it was not designed with a particular technology-led approach. The regulatory authorities generously support Islamic fintechs in developing their innovative business models.

However, due to the peculiar nature of the Shariah compliance component of Islamic fintech companies, they may have to spend time explaining to the FCA authorities how their products work.

Obtaining the necessary funds for the growth of these Islamic fintechs has been a major challenge. Wealthy Muslim nations do not have private equity or venture capital investors to provide seed funding to these fintech companies. New entrants into the field have difficulty securing funds to develop and grow their innovative business ideas.

Poor Understanding of The Concept of Shariah Compliance

It may not be the case with all Islamic fintech companies operating in the UK market. However, some founders of these fintechs seem to have a poor understanding of the concept of Shariah compliance. Lack of the necessary knowledge prevents them from innovating.

Broader Recognition Among the Community

Simply Shariah rebranded in 2015 to simply ethically attract more users. This branding strategy has seemed to work for these companies to acquire a larger customer base.

How Can An Islamic Fintech Become Successful?

Based on the analysis of a large number of fintechs operating in the UK and other Muslim-majority markets, we believe that these companies need to get a large number of active userbase who use their services on regular basis. These fintechs need to focus on one subset of the financial industry instead of providing all types of financial services to everybody on the face of the earth.

Equally important are a supportive legal and regulatory environment, and the availability of talent with the needed know-how.

Can Britain Remain Islamic Fintech Hub In Europe After Brexit?

Britain may be able to keep its status as the most important Islamic fintech hub after Brexit. However, it will have to overhaul its regulatory framework to allow to keep control of their countries. It also needs to attract the right talent by issuing visas to highly qualified professionals in the tech industry.

According to a report by CNN, the UK has more than 10% global fintech market. The Islamic fintech market is a part of that market. Currently, it contributes more than $15.3 billion to its economy.

The Islamic Bank of The Future
Next Post:How Can Islamic Social Finance Help The Needy?