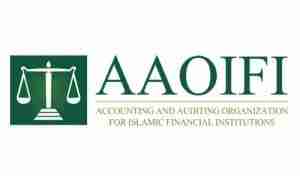 Accounting and Auditing Organisation for Islamic Financial Institutions (AAOIFI) held a meeting of its Sharia standards Review and Translation Committee during 21-23 July 2015 in Islamabad, Pakistan. AAOIFI is an international standard-setting organization with very high acceptability. AAOIFI has a Sharia Board which is chaired by Sheikh Muhammad Taqi Usmani.

The meeting was a part of a series of meetings of the Committee for revising the existing English translations and completing the translation of the newly issued standards, whose originally approved text is in Arabic. AAOIFI has to date issued 54 Sharia standards besides 40 other standards in the areas of accounting, auditing, governance, and ethics for Islamic financial institutions.

Dr. Hamed Hassan Merah, Secretary General of AAOIFI, expressed his gratitude to the State Bank of Pakistan for the support, facilitation, and hospitality and said “the meeting was extremely helpful not only in terms of achieving the objectives of the Committee but also in the strengthening of cooperation between AAOIFI and Pakistan’s Islamic finance industry and State Bank of Pakistan .”

He also mentioned that AAOIFI looks forward to arranging more events in Pakistan. ‘At AAOIFI, we are looking towards possibilities of our further collaboration and presence in Pakistan,’ he stated.

Mr. Saeed Ahmad, Deputy Governor, State Bank of Pakistan welcomed the dignitaries and the lauded efforts being made by AAOIFI. He said that it is an honor for Pakistan to receive world top scholars of such high stature in Pakistan. He thanked AAOIFI for acknowledging Pakistan as a key market and for holding the current meeting which brought together some of the internationally renowned Sharia scholars.

He stressed that in the future further collaboration between the two organizations will play a pivotal role in the promotion and development of the Islamic finance industry. Mr. Zafar-ul-Haq Hijazi, Chairman, Securities Commission of Pakistan (SECP), also appreciated the efforts of AAOIFI and ensured close collaboration between the two institutions. He highlighted some of the latest developments at SECP towards the development of Islamic finance including setting up a Shariah Advisory Board.

AAOIFI’s meeting was sponsored by Habib Bank Limited and Meezan Bank Limited. HBL – Islamic banking is now the second-largest Islamic banking operation in Pakistan with a branch network of 45 branches and around 500 windows. Meezan Bank Limited is the first and largest Islamic Bank of Pakistan with a branch network of over 430 branches with a presence in more than 100 cities of Pakistan.

On this occasion, in his message, Mr. Irfan Siddiqui, President & CEO of Meezan Bank Limitedacknowledged and praised the role of AAOIFI in developing standards and benchmarks for the Islamic Financial Industry. He further said that the “Islamic Finance industry in Pakistan has been growing at a fast pace and comprises of approximately 12% of the total banking industry in Pakistan.

AAOIFI’s presence in Pakistan is a testament to the immense potential that this region holds for this sector. This burgeoning industry in Pakistan has given rise to innovative Islamic Banking products and services as well developed some of the best Islamic Finance professionals in the world.”

Mirza Saleem Baig, Head of Islamic Banking at HBL in his message said, “Islamic banking provides a great opportunity of inclusion for a significant part of our population. HBL, with the largest distribution network in Pakistan, wants to be an important part of the effort to develop this very important sector of the economy.

The contribution of AAOIFI in standardizing and improving the accounting practices of the industry around the globe is immense.” He emphasized that it was a privilege for Pakistan to host this very important conference and for HBL to be a part of this effort to bring the leading Islamic scholars to Pakistan.