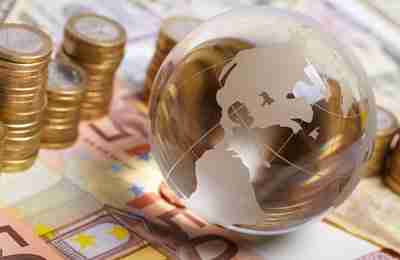 Islamic Finance Should Fund Sustainable Development and offer a promising alternative to traditional sources of funding and should be utilized to realize that Islamic Finance Should Fund Sustainable Development Goals (SDGs) that countries will adopt in September, participants at the Third International Conference on Financing for Development were told.
“In mobilizing resources for the SDGs, non-traditional sources of financing need to be given due attention,” Savas Alpay, Chief Economist of the Islamic Development Bank, said in Addis Ababa, Ethiopia, which is hosting the four-day Conference.

He said, “In this context, Islamic finance is offering a very promising alternative.” The Bank announced this week that it will be doubling its development assistance activities from around $80 billion recorded during the MDGs period to more than $150 billion in the next 15 years to support programs and projects for the successful realization of the SDGs in its 56 member countries.

“Islamic finance has gained traction around the world in recent years,” Alpay said, noting that it has a footprint in Asia and the Middle East, is ripe for growth in South America and Europe, and has future markets in North America, Central Asia, and Australia.

He cited certain prerequisites that have to be met for the successful implementation of the SDGs in a timely manner, namely financial stability, financial inclusion, and shared prosperity. “Islamic Finance Should Fund Sustainable Development – offers promising potential solutions in these domains.”

Islamic finance is a financial system that operates according to Islamic law or sharia.

Like conventional financial systems, Islamic finance features banks, capital markets, fund managers, investment firms, and insurance companies. The difference is that these entities are governed both by Islamic law and the finance industry rules and regulations that apply to other banks.

“The Islamic financial services industry has now supported many projects in the social, economic and environmental domains and it has great potential of being an instrument in funding many components of the SDGs as well,” Alpay emphasized.

In implementing the SDGs, it is necessary to take bold and decisive actions, act firmly, fulfill existing commitments and pledge new ones, he stated. He said, “Each and every country has primary responsibility for its own economic and social development. However, the depth of the current involvement with the SDGs requires that the international community act as one.”