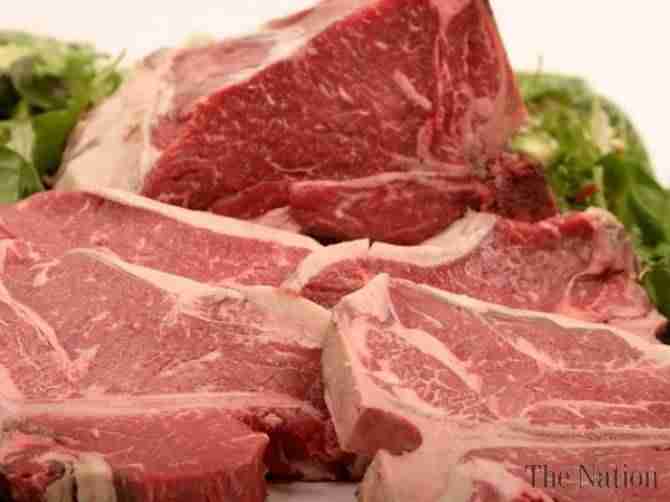 LAHORE – High Commissioner Designate to Australia, Naela Chohan has said that Australian companies are interested in investing in the Halal food market and want to enter the Middle Eastern region through Pakistan. It will benefit both the countries and Pakistan will be able to attract more countries for Halal food processing.

She was talking to Punjab Board of Investment & Trade (PBIT) high-ups during her visit to PBIT where she was welcomed by Chief Executive Officer, Mohammad Ilyas Ghauri. On this occasion, she was also given a presentation on the core functions and working of PBIT and the priority sectors that are in focus in Punjab. The High Commissioner Designate said that she will be working on image building of Pakistan, mainly, trade and export promotion of Pakistan to Australia.

CEO PBIT extended PBIT’s full support and services to Mrs. Naela Chohan in facilitating the Halal Food Exhibition in Pakistan to attract Australian companies. Industrialists from Sialkot Chambers of Commerce & Industry briefed Mrs. Chohan about the potential of exporting sports and surgical goods to Australia. The meeting ended with the exchange of souvenirs.
APP adds from Karachi: “A lack of interest, information, and prevalence of stereotypes about Russia have kept Pakistani exporters away from entering the Russian market,” said chairman of Pakistan-Russian Business Council of FPCCI, Muhammad Farooq Afzal.

The Russian Government’s decision to ban fruit, vegetable, meat, fish, milk, and dairy products from the United States of America, European Union, Australia, Canada, and other countries that have imposed sanctions on Moscow offers a great opportunity for Pakistani exporters to enter Russian food market.

In the wake of the imposed sanctions on Russia in late 1998, the resultant financial crisis and Russian debt default also, Pakistan could have become a major exporter of kinnow, mango, potatoes, rice, processed food, and fruit juices there, Chairman, Pakistan-Russian Business Council of Federation of Pakistan Chambers of Commerce and Industry (FPCCI) said in a statement here on Friday.

The Chairman, Pakistan-Russian BC, mentioned that it was precisely around that time Europeans, Americans, and even Chinese moved back and captured the Russian market. He said that a visit to any supermarket in a Russian city will show how much the country depends on imported food. It would be very difficult for one to find anything of Pakistani origin except kinnow and certain species of rice.

The PRBC can help Pakistani exporters of food products in finding space in the Russian market. Many members of PRBC in the Russian capital have their counterparts and have a great degree of expertise in the complex market.
For Pakistani food products to do well in Russia, a combination of good marketing and attractive packaging is a must along with quality products.

PRBC has worked out a strategy to export 8 items that Russia usually buys from the US and European Union. These include fruit, vegetable, sports items, sports garments, leather garments, and pharmaceutical and textiles, etc, said M. Farooq Afzal.
Russia imports food products from UK, USA, and EU worth dollars 10 billion, and the Asian countries especially Indian firms are rushing towards the Russian market to fill the gap, he said.

He suggested to Pakistan food exporters to fully participate in Russian food exhibitions in major cities of that country coupled with a combination of good marketing and attractive packaging along with quality products.