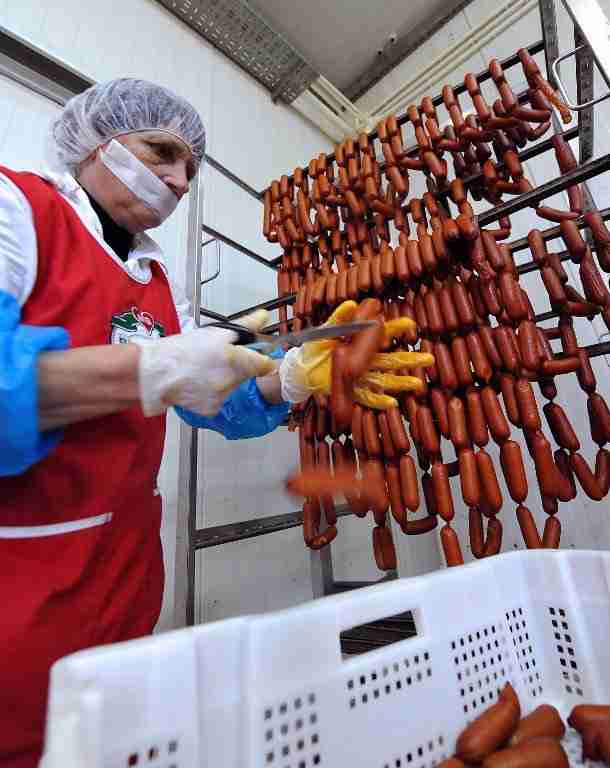 In a bid to fight against economic crisis, producers in the Balkans turned towards halal food targeting both Western and Muslim countries markets, as demand for such products is constantly growing.

“Halal market represents more than one billion people across the globe. It is a young market with an ever-increasing purchasing power and whose demand grows between 10 and 20 percent annually,” said Amel Kovacevic, one of the organisers of a halal food fair in Sarajevo.

The three-day fair, that opened on Wednesday, is the first of its kind in the Balkans and it hosted some 30 producers from the region.

They came with their meat products, cheese, sweets, pastry, oils and halal cosmetics.

The Balkans region is well located in the Mediterranean basin which enables it to target both Western and Muslim countries market, Kovacevic said.

“In this economic and financial crisis that puts into question the existence of many companies one has to profit from the fact that we are in the very middle, between the East and the West.

“We have clean land and air and unexpensive labour force. It is a chance for economic development of this region,” he concluded.

In 2009 global halal food market was estimated at some $635 billion (490 billion euros) according to the “World Halal Forum.”

“Halal should not been seen as something that will immediately accelerate production and make profit grow in a day,” Asim Bajraktarevic, in charge of production in a processed meats factory, told AFP.

“It is the way to improve the quality of products and create conditions for growth once we enter foreign markets,” the young man added.

The number of both companies that obtain halal certifications in the Balkans and their products grow between 30 and 40 percent yearly while their turnover is currently estimated at some 550 million euros ($708 million), Amir Sakic, head of an agency for halal certification in Sarajevo, said.

Halal, an Arab word meaning “lawful,” refers to all things and actions permitted by Koran to practising Muslims, notably to a ritual to slaughter an animal, only a herbivore, that has to be conscious when slaughtered and its body should by drained of blood.

Also at the time of slaughter the phrase “bismallah” or in the “name of God (Allah)” should be pronounced by a practising Muslim, Sakic explained.

“For me it is very important to have a possibility to buy products with halal certifications since I respect recommendations of the Prophet Mohammed that ban pork and its by-products,” assured Mirza Suvalija, a pensioner wearing the Islamic veil, who visited the fair.

Sakic’s agency, that is referential in the region, was founded in 2006 with help of local Islamic community in the country where Muslims are majority while the others are Orthodox and Catholic Christians.

Muslims make up some 40 percent of Bosnia’s population of some 3.8 million, but most of them are not looking for halal-labelled products. Also, purchasing power is rather low and regional producers focus their hopes elsewhere.

A large number of companies that demanded to be given halal certifications are from Croatia, Serbia, Montenegro and Macedonia, neighbouring countries where Catholic and Orthodox Christians are majority.

“We export our products to some twenty countries. This year we obtained halal certification and it helped us a lot to increase our sales, notably in Scandinavian countries,” said Kalin Babusku, an official of the Macedonian factory “Mama’s.”

The factory produces jams and “ajvar,” a kind of seasoning based on pepper, egg-plant and garlic, a product very popular throughout the Balkans.

“Before obtaining the certification we were exporting to Sweden a truck of products every three months. Now we export a truck monthly,” said Babusku who was presenting “Mama’s” products at the Sarajevo fair.