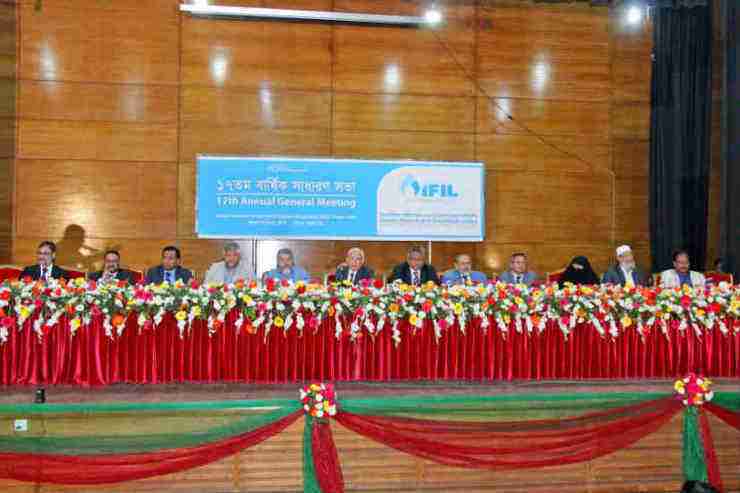 A recent policy push by the Bangladesh government to develop Islamic finance could, if sustained, spur the industry’s growth, says Fitch Ratings. We believe the Islamic finance sector has the potential for significant growth over the medium term, supported by strong bottom-up public demand for Islamic products and the country’s robust economic prospects.

Long-standing constraints have posed challenges to Bangladesh’s Islamic finance sector. These include the lack of comprehensive regulations governing the industry and weak enforcement of financial regulation in general, a dearth of Islamic liquidity-management and investment products, limited incentives from regulators for Sukuk issuers, a lack of standardization in the country’s Islamic finance sector, limited skilled human capital, and inadequate use of fintech solutions by stakeholders.

However, Bangladeshi authorities have approved several conventional banks to convert into Islamic banks in the last few years, stimulating the sector’s expansion. Conversions may have been fuelled partly by laxer prudential requirements for Islamic banks relative to their conventional counterparts, though we believe other factors have also played a role, such as a customer demand for Sharia-compliant services.

Islamic banks (by total assets) constitute over 95% of the country’s Islamic finance industry, which we estimate reached over USD48.1 billion by end-2Q21. Within Bangladesh’s banking sector, Islamic banks accounted for around 27% of deposits, 28% of loans and advances, and 38% of remittance handling.

We expect that growth in Islamic banking should be supported by the opening of more Islamic windows and branches among conventional banks, and raising awareness of sharia-compliant financial products. Bangladesh’s large Muslim population – the fourth-biggest globally after Indonesia, Pakistan, and India – and strong economic growth prospects should help to drive robust increases in Islamic banking assets over the medium term. Demographic factors also present the potential for growth, such as Bangladesh has a large unbanked population of about 50% as of 2017.

Nonetheless, we expect the country’s overall banking-sector loan growth will face constraints in the near term associated with high non-performing loan levels and thin capitalization. It is still to be seen whether the domestic market share of Islamic banks will continue to grow at the rates seen in recent years.

Bangladesh’s share of global Islamic banking assets, at 2.3% at end-3Q20, was already higher than that of Indonesia (2.1%), Pakistan (1.3%), and Oman (0.7%), according to the Islamic Financial Services Board. Its share exceeds that of Indonesia even though Bangladesh’s total banking system assets are less than a quarter in size. The Islamic banking sector’s relatively high growth is similar to that seen in Jordan, Pakistan, and Oman where substantial demand has helped Islamic banks expand to a double-digit market share.

Outstanding Sukuk issuance and total takaful (Islamic insurance) contributions account for the rest of the Islamic finance sector in Bangladesh. The local Sukuk market is in its infancy, with an outstanding volume of about USD0.9 billion and a global Sukuk market share of 1.7% at the end-2020. This partly reflects the still-developing nature of Bangladesh’s debt capital market and the underdeveloped regulatory framework that supports Sukuk issuance. The government issued its first Sukuk in 2020, raising BDT80 billion (USD935 million). We expect further sovereign Sukuk issuance in the next few years to catalyze the market’s development.

New regulations implemented in 2021 should provide a further impetus for Sukuk issuance. One regulation exempts Sukuk issues from capital gains tax on transfers to a trust or SPV, and vice versa. Another permits banks to invest funds allocated for capital market investments in private-sector ‘green’ Sukuk. A Bangladeshi corporate, BEXIMCO, issued the country’s first green Sukuk in 2021.