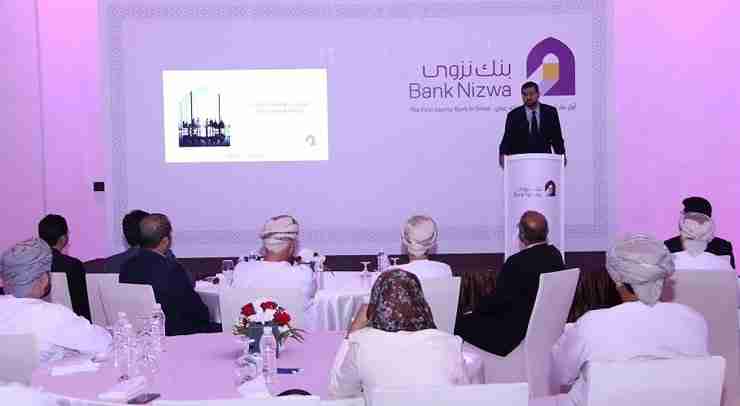 MUSCAT – Bank Nizwa, a leading Islamic bank in Oman, recently hosted a creative two-day event titled ‘What is happening in Nizwa’ as part of its innovative campaigns to support the tourism and economic diversification goals of the Sultanate.

The event was held in brought together 12 credible social media influencers in Nizwa and also welcomed a number of individuals from the local community as guests.

The social media influencers, who were selected based on the values they exhibit and their skills in the field of videography, were divided into four groups to allow them to compete on conceptualizing unique video ideas to promote Nizwa.

The teams were then given a map highlighting the main attractions in Nizwa that included popular historical and tourist sites like Nizwa Fort, Nizwa Souq, amongst many others. Apart from social media influencers, each team also had a tour guide to further assist the team members.

Khaled Al Kayed, CEO of Bank Nizwa said, “Bank Nizwa had organized a similar event in 2019 which was well-received by the community and had garnered immense praise. Hence, we decided to organize another event that would once again give us an opportunity to engage with the community in Nizwa. ‘What is happening in Nizwa’ is a one-of-a-kind event that portrays the abundant beauty of Nizwa through the eyes of creative videographers and social media influencers who also mirror the same vision, values, and ethics that the bank takes great pride in upholding.

“This will not only give a boost to the tourism sector but will also support national talents by giving them a platform to showcase their expertise. At Bank Nizwa, we will continue to align ourselves with the national goals through meaningful endeavors that are creative, engaging, and add value to the community.”

With an allotted time of 24 hours to explore, document, and create videos of the selected destinations, the campaign ended with a number of stunning videos that were uploaded on Bank Nizwa’s account and made available for public voting. By adopting this unique approach, the bank ensured maximum reach and engagement with not just the local community but with its extensive list of followers from all over the country.

“We also commend the work done by the social media influencers who have truly demonstrated their creativity in producing striking videos,” added Al Kayed.

“With the help of Bank Nizwa’s extensive social media platforms, these videos will certainly contribute to inculcating interest in the minds of people and cement Nizwa’s position as a key tourist site. The Wilayat of Nizwa is the city where the bank derives its name from and the event also played tribute to the link between the bank and this flourishing city.”

What Do We Know About the Islamic or Hijri Calendar?
Next Post:Where Are the Modest Fashion Brands for Muslim Women?