Calls for More Funding to Keep Syria’s Farmers in Production 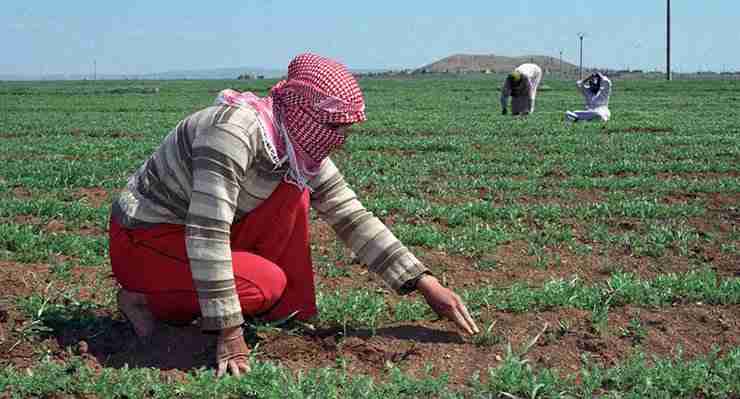 SYRIA – With the war in Syria now approaching its sixth year, agricultural production has plummeted and food supplies are at an all-time low, so the UN’s Food and Agriculture Organisation has called for more funding targeted at helping farmers keep their lands in production.

The agency’s appeal comes ahead of a 4 February international donors’ conference in London being convened by the UK, Germany, Norway, Kuwait, and the UN to mobilize support for humanitarian work in Syria.

“The conflict has decimated the agriculture sector, which has had a major impact on food supplies and markets. Currently over half of Syrians remaining in the country are food insecure, with one in three people unable to afford basic foods,” said FAO Director-General José Graziano da Silva.

As national food production has dropped off, food prices in Syria have soared, he noted, with prices in some markets for wheat flour and rice jumping by as much as 300 percent and 650 percent, respectively, over the past 18 months.

With more than half of Syria’s population already in need of food assistance, Graziano da Silva warned that without a surge in funding to support agricultural activities, more farmers will have no choice but to abandon their land and move within the country or across borders.

“Syria needs to produce as much food as possible itself, as aid alone cannot feed the country,” the FAO Director-General said, adding that a “serious escalation” of funds to support farming in Syria is needed.

Many farmers in Syria continue to produce but are struggling to access seeds and fertilizers. Livestock production is in jeopardy as herders cannot source or afford enough animal feed and veterinary services are no longer functioning. Food markets and distribution systems have been severely disrupted.

“Agriculture was and will remain, the main source of employment in Syria. It is essential to feed the country’s population now, and it will be key to its future recovery,” said FAO Assistant Director-General for Technical Cooperation, Laurent Thomas.

“We must not forget the farmers who remain in Syria and are struggling to keep their lands productive. These farmers are predominantly women – who now make up 63 percent of the agricultural workforce – and are the backbone of Syria’s food supply,” Thomas said.

Restoring Syrian agriculture wherever possible is significantly cheaper than importing food assistance. For example, $100 in support enables a farmer to produce 1 tonne of wheat, whereas the same amount of cereal is much more expensive to import.

Despite enormous constraints, FAO continues to support farmers and rural communities in Syria, operating in 13 of the country’s 14 governorates, including hard-to-reach areas in the north.

In 2015 alone, FAO significantly increased the number of people targeted, reaching 1.5 million. Among the farming families who have received wheat and barley seeds, it is estimated that they will produce 119,000 tonnes of cereal this summer — enough to feed almost half a million people for a year. In addition, over 9 million animals also received veterinary care to reduce the risk of animal diseases and protect herds.

“While military operations continue to devastate urban centers, in rural areas farmers often have no other choice but to work in the field. For them, access to agricultural inputs is the main challenge,” noted Thomas.

To urgently expand its emergency operations in 2016, FAO has appealed for $87 million to support 3 million people within Syria, in addition to $53 million to assist refugees, host communities, and other vulnerable groups in Iraq, Jordan, Lebanon, and Turkey.

Despite the sector’s importance, emergency agriculture interventions in Syria were over 70 percent underfunded in 2015. Much more can be done and must be done, to increase food availability in Syria and to strengthen the resilience of agriculture-based livelihoods across Syria, thereby helping farmers stay on their land.