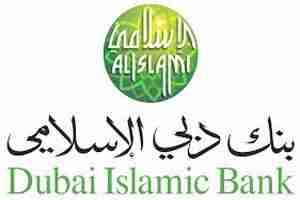 Dubai Islamic Bank (DIB) celebrated its 40th anniversary at a special ceremony held in the presence of His Highness Sheikh Mohammed bin Rashid who is the Vice President and Prime Minister of the UAE. The Ceremony was held at the Dubai World Trade Centre on February 25, 2015, having more than 3000 guests including DIB Board and Management, bank’s officials and government representatives were invited.

Established in 1975 as the first commercial Islamic bank, DIB was founded under the vision of His Highness Sheikh Rashid bin Saeed Al Maktoum and His Excellency Haj Saeed bin Ahmed Al Lootah, to provide the people with Shari’ah-compliant banking services instead of conventional banking. Over the past forty years, the bank has continually advanced the development of the sector and promoted its growth globally through the provision of innovative products and services rooted in the principles of fairness and transparency in the light of Islamic rules

Commenting on the occasion, His Excellency Mohammed Ibrahim Al Shaibani, D.G. of His Highness The Ruler’s Court of Dubai and Chairman of Dubai Islamic Bank, said: “As we look back at the achievements of past 40 years, we are filled with pride at what we have managed to accomplish and the milestones we have crossed. DIB can rightly take credit for pioneering the concepts of Islamic finance, and by combining the inherent values with technology and innovation, we have been able to successfully evolve this form of banking into becoming a global phenomenon.

“These days, DIB has become one of the most dominant Islamic banks in the industry with a wider base of 1.5 million customers and a large network of 90 branches in the UAE. On this occasion, the bank officials thanked His Highness Sheikh Khalifa bin Zayed Al Nahyan, President of UAE and His Highness Sheikh Mohammed bin Rashid Al Maktoum, Vice President and Prime Minister of the UAE, for their tremendous support and guidelines since DIB’s startup, without which this series of successes and accomplishments over the years would not have been possible.”

The ceremony started with the National Anthem and recitation from the Holy Quran followed by a speech from His Excellency Mohammed Ibrahim Al Shaibani and a special video depicting the bank’s growth over the past forty years. His Highness Sheikh Mohammed bin Rashid Al Maktoum, Vice President and Prime Minister of the UAE, in his speech, told about the bank’s new corporate identity, which has been developed to symbolize DIB’s modern approach to Islamic banking while respecting its traditional fruits and heritage.

Dr Adnan Chilwan, C.E.O. of DIB highlighted the extraordinary progress that the bank has made over the last 40 years, and how, with focus and deliberation. In 2014, the bank recorded the best performance since its beginning in 1975.

In addition, the ceremony included many activities such as a live performance signifying its impressive journey during the past forty years and describing the revolutionary vision of Dubai Islamic Bank for the forthcoming years. The bank’s staff also enjoyed a comedy show followed by a raffle draw with prizes, and they also shared their individual experiences through a particularly designed social media wall.

Dr Adnan Chilwan added: “Over the years, DIB has been playing an important part in the development of the UAE with the bank’s strategy and plans fully according to Dubai’s long-term ambitions. By providing innovative financial services to the public, businesses and the government, the bank has enhanced the growth of the local economy, played an active role in developing the country’s human capital, and worked for the betterment of the community. With a rich heritage and a strong vintage, the bank remains the cornerstone in Dubai’s goal to become the hub of the Islamic economy as well as for Sukuk.

“2014 has not just been a historic year for us in terms of performance, it has also led to the establishment of an even stronger and well-entrenched franchise,” he also commented. “We have used innovation, reasoning and instinct to unleash this potential which has made us grow well beyond the market norm. Whatever the prevailing conditions in the market, we are always seeking opportunities to unlock growth, whether they be new markets, new sectors, new technologies or new business models. “Widely recognized as a global leader in Islamic finance, we have grown our franchise across key markets throughout Asia, Europe, Africa, and the Middle East region. However, our success has always been built on looking to the prospects and as we forge ahead, we must see the past as a benchmark we have to surpass in the coming years. With the industry estimated to double in value to USD 3.4 trillion within the next five years, DIB will continue to lead the Islamic finance business in its quest to position the sector as the norm in global banking and finance.”