For Observant Jews, Muslims, Non-Meat ‘Pork’ Is a Dish Too Far 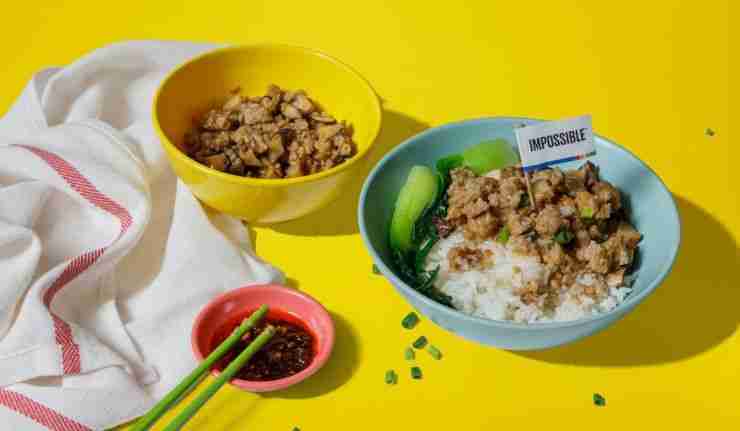 Jewish and Muslim leaders say that, although a new plant-based product that looks and tastes like ground pork isn’t meat, it isn’t kosher or halal, either.

Two organizations that certify kosher and halal foods — Islamic Services of America and Orthodox Union Kosher agency — have indicated that Impossible Pork is problematic, even if its ingredients meet their strict standards.

“We would not approve a product with the name using the word ‘pork,’” said Timothy Hyatt, vice president of Islamic Services of America, adding that rejection of the word is “an international standard” among the world’s halal certification agencies.

Rabbi Menachem Genack, Orthodox Union’s kosher division chief executive, said that Impossible Pork has not yet received an endorsement, even though the plant-based, ground beef substitute Impossible Burger has.

Impossible Pork made its debut in a New York City restaurant Sept. 23, seemingly offering an alternative for observant Jews and Muslims, who are forbidden from consuming “the swine, though he divides the hoof, and be cloven-footed, yet he cheweth not the cud; he is unclean to you,” according to the Book of Leviticus.

For the observant among America’s 3.45 million Muslims and 7 million Jews, the question of what can and can’t be eaten is not trivial. Creating products officially designated as halal or kosher has generated billion-dollar industries serving both communities.