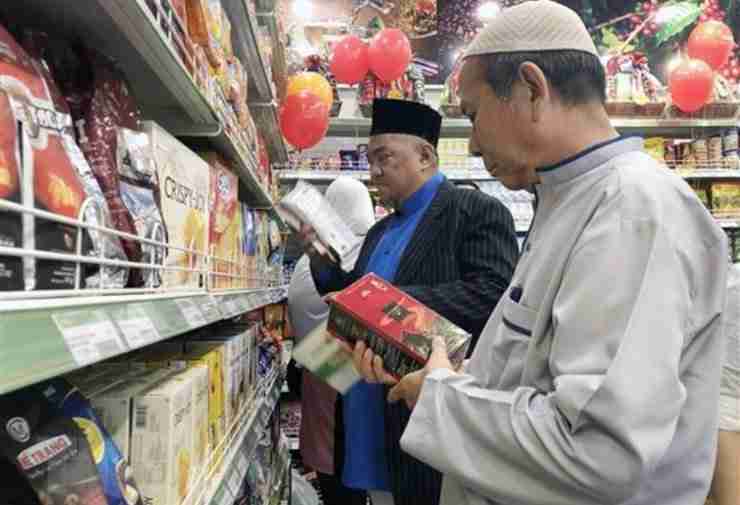 They would host the Halal & Ethical Investment Summit post-COVID-19 pandemic in Vietnam,

Vietnam’s emergence as a startup hub received a boost at the recent Vietnam Ventures Summit 2020, where investors signaled their intent to invest US$815 million in startups. The agreement covers 33 foreign and domestic investment funds including CyberAgent Capital, 500 Startups, AlphaJWC, Monk’s Hill Ventures, and Access Ventures. Last year, investment commitments totaled US$415 million. The US$400 million increase in investments in 2020 reflects a belief that Vietnam could rival Indonesia as Southeast Asia’s growth market for tech investments.

Halal Angels Network was launched to promote innovation, entrepreneurship, and start-ups, and inspire investors across the world to tap into a sector that will be worth $9.71 trillion by 2025 (Reuters, 2019).

Vietnam Halal Centre was established in 2018 by Halal Industry veteran Tee Ramlan, former VP of Halal Development Corporation. Ramlan was the first Halal expert to spot an opportunity in the Vietnamese market and has been actively educating, promoting halal business opportunities in Vietnam,

The angel network is adopting new, innovative technology to digitize the way they present, distribute, and manage Halal-based deals. In doing so, angel investors will benefit from greater access to deal flow which can be profiled based on their interests, risk appetite, and current portfolio.

Ramlan Osman, the founder of the Halal Centre in Vietnam, said more than 1.8 billion Muslims worldwide only consume halal-certified products with annual consumption demand reaching $2.8 trillion. Most of them live in Malaysia, Indonesia, Brunei, Saudi Arabia, United Arab Emirates (UAE), and other countries in the Middle East. Since only a few of these countries produce halal products, the market potential is huge. Entering the markets would improve Vietnam’s ability to sell products and open up greater export opportunities for local firms.

Vietnam has great potential to develop a halal economy. With Vietnam’s GDP growth increasing on an average of 6 to 7 percent per year, Vietnam has a strong base for halal industry development. Vietnam also has an advantage in raw materials for halal production such as coffee, rice, seafood, spices, beans, and vegetables, among other items.

Businesses must first obtain halal certification, which meets strict religious requirements and complies with food safety and hygiene standards imposed by Muslim countries before products can be sold in the market. However, the requirements and standards can vary among countries, so local firms should consult with their partners to fully grasp the standards set by each particular market. Of the 1.8 billion Muslims worldwide, one billion are from Asia.

Recently, Dato’ Sharifah Norhana Syed Mustaffa, Ambassador of Malaysia to Vietnam said to My Star Malaysia that Malaysia can offer its expertise in the Halal industry to assist Vietnamese businesses in venturing into the US$2.3 trillion Halal markets.

Dr. Tausif Malik, Founder of Halal Angels Network said, “With over 1.5 billion Muslims in the world, the Halal industry offers tremendous opportunities across the Middle East, North Africa, and South Asia. Based on the constant track record of delivering quantity education across the globe for over 15 years with a great experience in helping individuals achieve their career & professional goals, we felt that Vietnam Halal Centre to support the Vietnamese government initiative to venture and tap the halal consumer market, Many countries are exploiting the halal market. Among the seven countries with the highest exporting rates, only two are Muslim countries, Malaysia and the UAE.

Dr. Malik also said that Vietnam is one of the fasted growing economy and they would be open to working with government authorities, universities, businesses to promote Halal & Ethical startups in Vietnam.

Based on research Halal Angels proposed the idea that the post-Brexit UK can reposition as the global hub & gateway to Ethical & Shariah Finance to the world. Halal Angels are moving its headquarters to the UK and this would help connect with Global investors to startups across the globe and Vietnam can also benefit from this.

Post-Brexit financial institutions are relocating to various cities across Europe such as Frankfurt, Dublin & Paris, according to Northwestern University Medill Report “London’s emergence as an economic powerhouse has profound implications for the country’s economy post-Brexit. Financial services accounted for 15% of London’s economic output in 2017 and 6.9% of the United Kingdom’s economic output in 2018, according to a 2019 report by the House of Commons Library”.

Recently Halal Angels Network has tied up with the following organizations.

SOPs On Halal Food Products To Be Issued In Malaysia
Next Post:How Islamic Fintech Can Reduce Poverty & Unemployment?