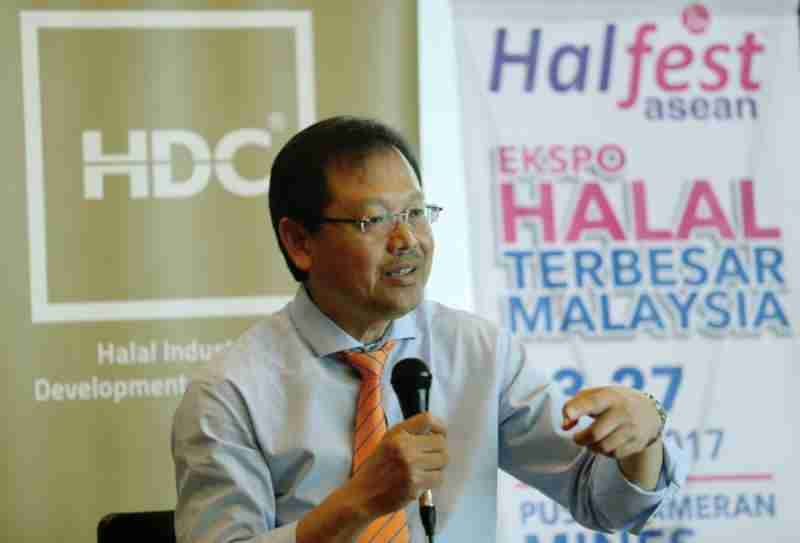 ‘Halal’ Is Not Just About Food – HDC

THERE is more to the halal industry than what meets the eye despite the religious code it represents.

The stamp of approval has helped guide Muslims in making the right choices in their daily lives and benefits others, who are in no particular order, compelled to adhere to the convention.

Malaysia has 13 halal standards, which not only certify food items as well as food premises, but also cosmetics, personal care, pharmaceuticals and logistics.

This, when compared with many countries in the region — particularly those with sizeable Muslim populations — further cements the country’s trailblazing position in the global halal industry.

Halal Industry Development Corporation (HDC) chief executive officer Datuk Seri Jamil Bidin said most countries had only begun or have yet to go beyond the food industry.

Apart from the food and pharmaceutical industry, among others, Jamal said Malaysian halal industry players had also been actively producing halal vaccines, nutraceutical products (dietary supplements and medicinal food ingredients) as well as devices that are used during medical operations.

“These sectors have seen various new products and developments.

“As for the nutraceutical sector, there are emerging big companies such as the Chemical Company of Malaysia which produces halal supplements.

“In the services area, the industry is focusing on halal logistics and healthcare and we have KPJ Healthcare Bhd, for example, which has been providing halal treatment options to patients,” he told the New Sunday Times.

Malaysia is the only country in the world where the halal industry development agenda is backed by the government, which translates into the existence of a unique ecosystem that allows a synergy between the private and public sectors.

“In this ecosystem, we have the private players focusing on production, manufacturing and services, while the public agencies, like HDC and the Malaysian Islamic Development Department (Jakim), facilitate and coordinate the industry’s progress by
providing certification and training.

“You don’t see this kind of collaboration anywhere else in the world.

“In most countries, private players would dominate their halal industries,” he said.

“For each scheme, there is a specialist team overseeing the certification process and they will collaborate with industries.

“For cosmetics, we collaborate with the Cosmetic, Toiletries and Fragrance Association  while for manufacturing, we have the Federation of Malaysian Manufacturers.

“We work closely to support and complement each other.

“For instance, when they face issues on pharmaceutical products, we will work together to solve the issues, especially how to produce HPs,” he said.

Sirajuddin added that the hub also had a committee that consisted of experts and researchers from higher learning institutions, that looked at all the issues and problems faced by industries in fulfilling the requirements of Malaysian halal standards.

Another committee, he said, will be formed to come up with a first-of-its-kind pharmacopeia (an encyclopedia on HPs), which is expected to be out by 2020.

“The pharmacopoeia will not only be a reference for industry players who are interested in producing HPs but a guide for consumers to make better-informed purchasing decisions.”

“Before HDC was established 10 years ago, everybody was talking about certification but that alone did not bring returns to
the economy as it was just a process.

“Years after HDC was formed, we are able to see real returns for our economy, which come from sales and exports of products, job creation as well as investments,” he said.

According to Jamil, the halal industry contributes over seven per cent to the nation’s gross domestic product.

It has also exported RM42 billion worth of halal products, attracted RM12 billion in investments and generated almost 250,000 jobs so far.

Despite the existing comprehensive standards, he said the country’s halal certification system had room for improvement to retain its leading position in the global halal industry.

“Our system does not only look at the Islamic or syariah requirements but also the hygiene and safety aspects which have been part and parcel of our standards for a long time.

“Moving forward, however, the standards should also take into account environmental issues, adopt fair trade practices and ward off child labour, to be on a par with European standards.

“This is because, in the concept of halal toyyiban (permissible for consumption), the word ‘toyyiban’ means good things, so it also means good for the environment and the different segments of society,” he said.