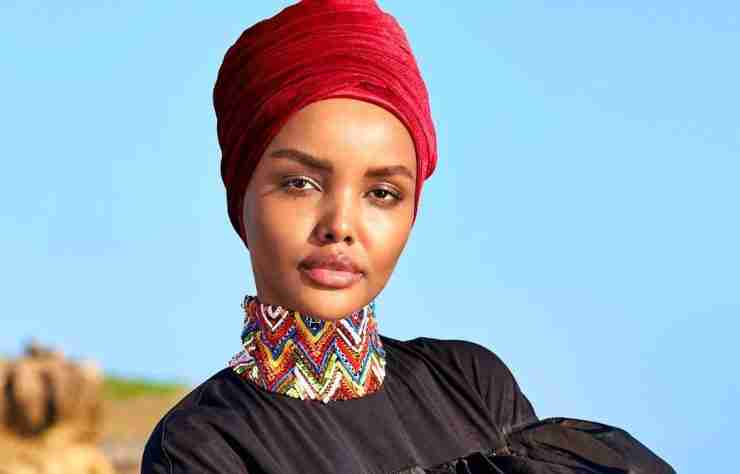 One of the most famous Muslims on the planet, Aden’s new role for Modanisa marks her return to fashion ten months after quitting the industry to avoid having to compromise her religious beliefs. Her new partnership with Modanisa, which specializes in affordable ready-to-wear apparel for Muslim women, avoids many of the challenges she faced while working with other organizations.

Speaking about her new position, Aden said: “I’m so excited to be working with Modanisa. They have been an ever-present in my career: my first modest fashion catwalk, my first collection, and now my first global fashion role, all with Modanisa. They share my faith and values and fully respect my choices as a Muslim woman. I’m coming home.”

Since catapulting to fame in a Modanisa burkini at an American beauty pageant in 2016, Aden has regularly modeled for the brand, from strutting down the runway at Modanisa’s Modest Fashion Weeks in London, Istanbul, and Dubai, to appearing in multiple promo campaigns. In 2019, the Somali-American cover girl turned designer in collaboration with Modanisa, producing a collection of 47 headscarves that sold out in weeks.

“We’re thrilled to have Halima Aden back working with Modanisa. She is an icon of our times, who embodies perfectly the values of our brand: smart, stylish, and passionate, wanting to live her best life without abandoning her religious beliefs. Like our customers, Halima is proud of her Muslim heritage and seeks a harmonic blend between Islamic traditions and modernity. Her creative energy and positive connection with young Muslim women from all backgrounds will be a fantastic asset for us as we drive forward with our global plans,” said Samim Surel, Modanisa’s Vice-President of Marketing and Brand.

Aden will visit the company’s Istanbul headquarters later this month to start work on her collection of shawls, which will be on sale early next year. She will also help unveil the brand’s new slogan on 14 September. The event will double up as a celebration of the innovative e-commerce platform’s tenth anniversary.