How ‘Halal’ Can Benefit My Business? 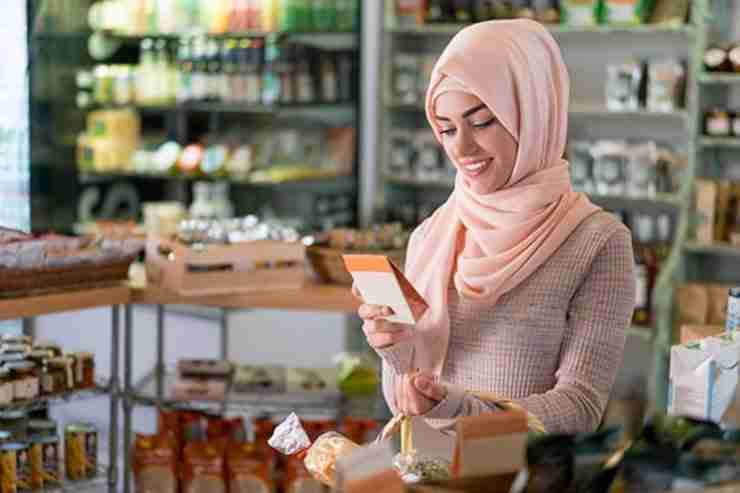 Halal certification can benefit your business in a dynamic market by indicating to Muslim and non-Muslim consumers alike that your products meet the highest quality standards and were produced following Islamic dietary laws. The global halal market is growing dramatically, but this growth brings challenges.

Lengthening supply chains and endless product options make consumers wonder if meat and processed foods are religiously acceptable, so producers need to demonstrate that their products are trustworthy. Halal certification can quickly and effectively communicate that your product meets the highest Islamic dietary standards.

The Muslim population currently stands at about 1.8 billion people – 23% of the planet’s total – and the global halal food market is projected to reach $2.6 trillion by 2023, according to Research and Markets’ June 2019 Halal Food Market Forecast 2019-2024. Economic development and higher disposable incomes in major Muslim population centers such as Indonesia, Malaysia, India, Pakistan, Iran, and Nigeria will be accompanied by increased consumer demand for meat and processed foods.

Along with this demand will come increased uncertainty about the origins of food and cosmetic products and their ingredients as markets expand and supply chains lengthen. Most consumers take a keen interest in the purity of their food, but for Muslims, this concern has a profound spiritual dimension as well.

Muslims are tasked with following a set of dietary laws covering the humane slaughter of animals and handling of meat products, as well as the type of animals that can be eaten.

For example, pork, blood, and carrion are prohibited, as are any products that contain them, and permissible animals must be slaughtered according to religious guidelines. Most Muslims strictly abstain from alcohol as well.

Thus, when Muslim consumers encounter unfamiliar processed foods or meat processed in a non-Muslim majority country, they wonder not just about the taste and health of the product, but if they can consume it while feeling confident that they are adhering to their faith tradition.

Following a halal diet to the best of one’s ability is a central expression of faith for many Muslims, so even the slightest doubt about an ingredient they don’t recognize or the origin of an animal ingredient can be enough to convince them to shift their purchasing power elsewhere.

Navigating a modern grocery store can be overwhelming for any shopper, but especially so if you are trying to analyze each ingredient list for dozens of potentially unacceptable ingredients. Halal certification by an internationally recognized agency and an easily recognizable halal seal instantly assure Muslim shoppers that your product meets the highest quality and faith-based standards.

In addition, the increased demand for halal food has created a greater incentive for producers to falsely label non-halal products, leading to consumer distrust when frauds are exposed. Avoid any doubt about your products by having them certified by an internationally recognized halal certifying organization such as Islamic Services of America(ISA).

The interest in halal food from non-Muslim consumers is growing as well. Many consumers have concerns about the ethical treatment of animals, the purity and healthfulness of ingredients used in processed foods, and food safety. Halal is perceived as clean and healthful, so certification can deepen consumer trust in these products and increase their appeal.

Adnan Durrani, CEO of American Halal Co., estimated that 80% of the people who buy his company’s certified halal Saffron Road brand products are not Muslim. But, they are interested in the high quality rather than religious aspects.

As demand for halal strengthens in the coming years, consider certifying your food, cosmetic, or pharmaceutical products to ensure that you can appeal to a broad range of consumers including the fast-growing Muslim segment and health-conscious shoppers.

How Millennials Are Driving Demand For Islamic Banking?
Next Post:What Is the Impact of $ 4.7 Billion Trade Financing for OIC Member Countries During COVID-19 Pandemic?