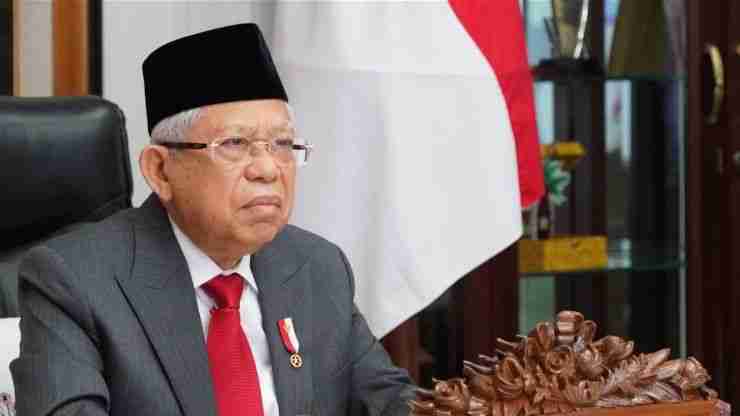 Indonesia Aims To Be The Largest Halal Economy By 2024

Indonesia has ambitious plans to make its Islamic economy sector much bigger as it has started making regional banks and other financial institutions shariah-compliant.  The reason. They want to increase their Islamic financial assets significantly to become a leader in the global Islamic economy.  To do so, Vice President Ma’ruf Ami has instructed the National Committee for Islamic Economy and Finance (KNEKS) to take the necessary steps.

Indonesia, the world’s most populous Muslim-majority nation, is focusing on developing its halal industry to meet domestic and global demand in light of trends that indicate sharia businesses grew amid the economic crises wrought by the pandemic.

The halal industry has been able to record positive performance despite the pressure on economies around the world owing to the COVID-19 pandemic. Before the pandemic, in 2019, the industry had recorded a growth of 3.2 percent — higher than the global economic growth of 2.3 percent.

“Globally, spending on halal products in 2019 before COVID-19 occurred, especially on food, pharmaceuticals, cosmetics, fashion, and travel products had reached US$2.02 trillion,” Finance Minister Sri Mulyani Indrawati informed on the sidelines of the online launch of a halal industry collaboration program on April 14, 2021.

Indonesia is the world’s biggest market for halal products, particularly in the food, tourism, pharmaceuticals, and cosmetics sectors, she pointed out.

“This potential must inspire business operators to work on the halal industry,” she said.

The government’s support has been apparent from the several policies aimed at developing the halal industry, including the establishment of a Special Economic Zone (KEK) for the industry.

In addition, the collaboration between the National Committee for Sharia Economics and Finance (KNEKS) and companies such as PT. Unilever Indonesia is expected to encourage the halal industry in the country.

Hence, it is crucial to develop a cross-sector collaboration program to support the development of the sharia economy and finance in Indonesia, which is targeting to become the world’s sharia economy hub, she added.

“This (the Muslim Center of Excellence program) is an initiative from a very positive industry to strengthen the ecosystem of the halal industry in Indonesia and strengthen the capabilities and capacities of the industry, including MSMEs, in producing goods meeting the preferences of Muslim groups,” she said.

Meanwhile, executive director of KNEKS, Ventje Rahardjo, expressed the hope that the collaboration would help strengthen Indonesia’s goal to serve as a center for halal producers.

“This program is expected to become one of the drivers for the progress of the national sharia economy and accelerate the development of other supporting businesses for the halal industry in Indonesia,” Rahardjo remarked.

Bank Indonesia (BI) has made unwavering efforts to boost the transformation of the sharia economy and finance (EKSyar) as a new source of economic growth.

“The EKSyar transformation was conducted optimally to contribute to national economic growth,” BI Governor Perry Warjiyo remarked at the recent launch of the 2020 Sharia Economic and Financial Report (LEKSI).

The publication of LEKSI 2020 was part of BI’s real support in driving the transformation of the sharia economy and finance (EKSyar), he said.

The theme of the report — ‘Synergize in Building Sharia Economics and Finance’ – is pertinent for supporting the momentum of national economic recovery, including EKSyar, in the wake of the COVID-19 pandemic, BI said.

According to the 2020 LEKSI, the EKSyar transformation is being carried out through the development of the halal value chain ecosystem in leading sectors as a new source of economic growth.

The basic principle of EKSyar is principally to encourage the optimal utilization of all resources and technology that would lead to productive economic activities.

Thus, the role of EKSyar in national economic recovery encompasses three aspects, starting with its role as part of BI’s main policy mix, including in the synergy between authorities.

Besides, it also has a role in supporting the resilience of sharia businesses through sharia economic empowerment based on the principle of partnership, both in sharia MSMEs as well as in Islamic boarding schools.

In the meantime, with the world adopting digitization in nearly every aspect, it has become a must for developing the sharia economy and finance in Indonesia, too. During the COVID-19 pandemic, digitization has already played a crucial role, particularly in online transactions.

“Digitization can play a significant role in, among other things, holding the pace of the decline in the sales of halal industrial products, accelerating online audit mechanisms in applying for halal certificates, and encouraging an increase in the value of sharia (economy),” Indonesian Vice President Ma’ruf Amin, who is a professor in Islamic economic laws, has said.

In 2020, payments for halal products in the e-commerce marketplace mostly took the form of electronic money and bank transfers, which accounted for 42.10 percent and 23.08 of the market share respectively.

By March 2021, the number of digital financial transactions in the Indonesian banking industry reached 553.5 million, up 42.47 percent from the same period last year. The value of transactions also rose 26.44 percent year on year to Rp3.025 trillion.

Amin also pointed out a rise in the online sales of halal products during the Eid al-Fitr mudik (exodus) ban and travel restrictions in 2020 owing to the COVID-19 pandemic.

“In May 2020, when the mudik restriction was imposed and the Eid al-Fitr holidays were shortened, the transaction of halal products through the e-commerce marketplace had increased 7.25 percent YoY (year on year),” Amin disclosed during a web seminar on Islam-based economy organized by the Diponegoro University recently.

Demand was the highest for Muslim fashion and constituted 86.63 percent of the transactions in the e-commerce marketplace, he informed. Besides, Bank Indonesia also recorded a 49.52-percent growth in e-commerce transactions for halal products during the May-December, 2020 period as compared to the corresponding period of 2019.

The Vice President said he is optimistic that an Islam-based economy would improve and boost the nation’s economic growth amid the pandemic.

According to Amin, sharia economic development is also supported by some priority sectors in the halal value chain ecosystem, particularly food and agriculture.

“Economic transformation is necessary to drive all sectors and involve the public, including the grassroots,” Amin stated.

Bank Indonesia’s Sharia Economy and Finance Report 2020 has shown that the contraction of the sharia economy has been lower than the national economy.

To support the government’s ambition of making Indonesia the world’s biggest producer of halal products by 2024, aggressive strategies need to be applied to drive Islamic principles-based economic and financial development, he added.

Japan Steadily Attracting Muslims From Around The World
Next Post: Pandemic Offers Africa A Chance To Boost Sovereign Sukuk Sales