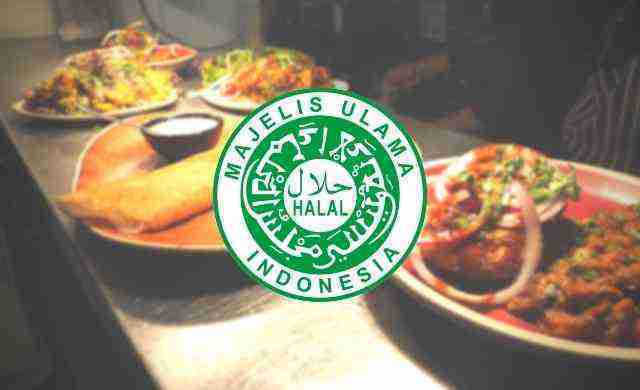 The Joko Widodo government has quietly moderated the controversial 2014 Halal Law which would have given a single agency the power to disrupt Indonesia’s trading relationships with edicts on the halal content of everything from pharmaceuticals to electronics.

The amendment follows a change in the ultra-conservative leadership of the Indonesian Ulema Council (MUI), which oversees halal certification, and intervention from key cabinet ministers worried about the law’s impact on the economy and trade.

The main concern among foreign business leaders, however, continues to center around the government-to-government agreement requirement for foreign halal certification, materials classification, and halal assurance implementation in general.

But foreign officials warn the stipulation that non-halal products must carry either the sign of a large pig or a vivid red stamp – and can only be moved by non-halal transport – could see it designated as a non-tariff trade barrier.

“We still have to see how strict they are going to be,” says one business source who has tracked the progress of the new law for the past seven years. “What about exemptions when examinations are made on a product-by-product basis?”

Diplomats have been careful in their approach to the issue, aware of the religious sensitivities involved and, for the Americans at least, worried about alienating a country trying to steer a middle course in Washington’s growing rivalry with China.

The Halal Law was among a slew of statutes in the landmark 2020 Job Creation Omnibus legislation rolled out by Widodo to amend a knot of articles and regulations that hinder Indonesia’s drive to attract more foreign investment.

The key change in the newly-amended law was to narrow down the scope of affected products, which originally included almost everything from electronic appliances and similar consumer items to clothing apparel and even car-seat covers.

“There was a lot of worry from industry,” says Indonesian American Chamber of Commerce (AmCham) managing director Lin Neumann. “The law was so sweeping (in its original form) that a lot of people thought it would kill the economy.”

Initially, negotiators found it was difficult to have a conversation on the subject with conservative Ministry of Religious Affairs officials, who had built a vast bureaucracy around the newly-created Halal Products Certification Agency (BPJPH).

In fact, before the law was changed, the idea was for BPJPH staffers to fan out around the world on expensive inspection trips that would have taken them to most – if not all – companies supplying goods to the Indonesian market.

The Religious Affairs Ministry, one of whose main tasks is organizing the haj pilgrimage, received a budget allocation of US$4.6 billion last year, the seventh-highest behind public works, defense and police, social affairs, and health and education.

Insiders say a concerned Widodo slowed down the law’s implementation and ordered that any regulations bringing it into force first had to pass through Cabinet before going to Parliament.

BPJPH head Sukoso, who business groups said they found difficult to deal with, was dismissed in March last year and replaced seven months later by Muhammad Aqil Irham, a Muslim scholar with a greater appreciation of world commerce.

The BPJPH began issuing halal certificates for food and beverage in 2019, but this year it is starting on cosmetics and drugs with interest groups still unclear on how far the testing will apply to other items that touch the human body.

The agency works with government and private inspectors who pass on the results of their tests to the MUI’s Food and Drug Research Institute, which normally rules on what meets halal standards.

The inspection teams must employ at least three qualified auditors, whose authority also extends to halal-certified packaging, animal slaughterhouses, storage, and distribution services in a way that is likely to increase retail costs.

So far, AmCham has welcomed a new derivative regulation in the omnibus law that has been altered to allow for improved international cooperation in political, economic, social, and other fields.

“This came as a breath of fresh air for countries wishing to cooperate with the BPJPH since it offers a lot more flexibility,” says an AmCham report. “Halal certification has also been simplified, with the agency setting a lead time for the whole process.”

One of the strongest advocates of the 2014 Halal Law was Vice-President Ma’ruf Amin, an adviser to former president Susilo Bambang Yudhoyono during a period marked by an alarming slide in Indonesia’s reputation for religious tolerance between 2005 and 2014.

With his real-life economic experience largely confined to Islamic banking, the conservative 78-year-old cleric was one of the prime movers behind the law that created the BPJPH in Parliament’s last act before Yudhoyono stepped down.

The BPJH certificate is based on a written halal fatwa issued by the MUI, a semi-official organization Amin headed from 2015 until 2020, although his rise to the vice-presidency rendered him inactive in the final year of his five-year term.

MUI’s power has grown significantly over the past 15 years, driven in 2014 by a presidential regulation formally designating it as the government’s partner in Islamic affairs, and by the passage of the halal certification law and another on sharia banking.

Amin was not Widodo’s choice as his running mate in 2019, but he was foisted on him by the mass Muslim organization Nahdlatul Ulama (NU), which was unhappy over Widodo’s preference for Mahfud MD, who subsequently became chief security minister.

During NU’s November 2020 congress, Amin was replaced as chairman by East Java cleric Miftachul Akhyar, 69, a more moderate figure who in his inaugural remarks indicated MUI would pursue a cooperative relationship with the government.

Researcher Alexander Arifianto points out that Akhyar is hardly a progressive given his appearance as a prosecution witness in the 2017 blasphemy trial of former Jakarta governor Basuki Tjahaja Purnama, one of Widodo’s closest allies who was sentenced to prison on the politicized charge.

But in a sign the MUI is softening its hard ideological line, Arifianto also notes that the 2020 congress did see the removal of four senior clerics who played a leading role in organizing the 2016-2017 mass demonstrations against Purnama.

Among them was former MUI treasurer Yusuf Muhammad Martak, a close associate of Rizieq Shihab, founder of the violent Islamic Defenders Front (FPI) who is now serving a four-year prison sentence for lying about his Covid-19 status.

The change in MUI’s leadership is one of several developments over the past three years that have figured in a strong government pushback against a worrying rising tide of Islamic extremism affecting the everyday life of Indonesians.

Foreign regulators as well private Halal manufacturers have been carefully watching the changes in Indonesia’s Halal Law. The country needs to soften its stance on the issues raised by the foreign governments.