Is Lab-Grown Meat Halal Or Kosher? 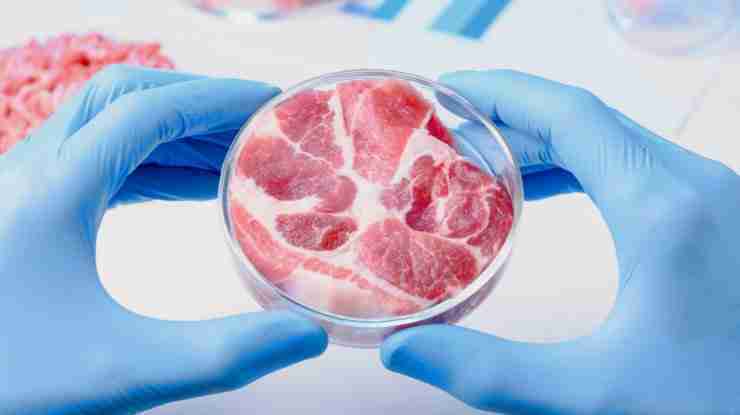 The global food industry is changing and so are the foods being served. Bloomberg recently published an article about lab-grown meat whether it is Halal or Kosher. I hope you will enjoy the following article as much as we did.

After thousands of years of humans raising animals for food, the prospect of building a business around meat created in a laboratory instead of on farms or feedlots looks to be a huge technical challenge. Yet for food tech entrepreneur Josh Tetrick, success depends not just on scientists familiar with the latest advances in bioengineering but also on sages devoted to the details of religious dietary laws.

Tetrick is the chief executive officer of Eat Just Inc., a San Francisco startup backed by billionaires Marc Benioff, Peter Thiel, and Facebook co-founder Eduardo Saverin that’s developing meat that’s grown in bioreactors rather than raised on farms. Unlike plant-based products from Beyond Meat Inc. and Impossible Foods Inc., cultured meat is grown from animal cells and is structurally identical to meat. “From a genetic, from a nutritional profile, it is meat,” Tetrick says. “You just don’t have that slaughter component as a step in the whole process.”

But that lack of bloodshed creates all sorts of questions for religious Muslims and Jews who only eat such meats as beef, chicken, or lamb from animals slaughtered according to long-established rules. For instance, can meat be halal or kosher if it’s grown in a lab and doesn’t come from a killed animal? Is it even meat? These are no small questions given that billions of people globally subscribe to faiths or traditions that have strict guidelines about meat preparation.

Tetrick is betting that today’s technology can find favor with ancient traditions, ushering in a new way to satisfy the world’s ravenous appetite for protein. In 2020, Eat Just began selling lab-grown chicken nuggets in Singapore, and in December it received permission to introduce cultured chicken breast there. The company, which raised $267 million in 2021, is now targeting Muslim consumers—in August it announced plans to build a facility in Qatar. While Eat Just has consulted with religious experts, it hasn’t yet gotten a seal of approval for its new type of meat. “It’s a really important question, maybe even more important because of what we’re going to be doing in Qatar,” Tetrick says. “But we don’t have that stamp set.”

Agribusiness giants aren’t waiting for such questions to be settled before entering the industry, which is still in its development stage and could be worth $25 billion by 2030, according to McKinsey & Co. Brazil’s JBS SA, the world’s top supplier of animal protein through brands including Swift and Primo, agreed on Nov. 18 to acquire Spanish cultured meat company BioTech Foods for $100 million. Archer-Daniels-Midland Co.’s investment arm, ADM Ventures, co-led a $347 million investment in Israeli startup Future Meat Technologies, the companies announced on Dec. 20. Cargill Inc. and Tyson Foods Inc., along with Bill Gates and Richard Branson, are investors in California-based lab-grown meat developer Upside Foods.

Cultured meat will be off-limits to observant followers of Islam—the world’s second-largest religion, with about 2 billion adherents—if Islamic authorities decide it’s not halal. Indonesia’s largest Muslim organization, Nahdlatul Ulama, did just that in September, saying in a statement that cells taken from live animals and then grown in bioreactors fall “into the category of the carcass which is legally unclean and forbidden to be consumed.”

The fatwa from Indonesia, the world’s most populous Muslim nation, could encourage authorities in other countries to issue similar decisions. In Pakistan, the second-largest Muslim country, scholars led by Islamic law expert Muhammad Taqi Usmani last year ruled cultured meat permissible only if the original cells come from animals slaughtered according to the Sharia-compliant process. However, many startups rely on cell lines that originated in live animals.

The industry also faces a challenge with observant Jews, since rabbis have yet to reach an agreement on whether meat can be kosher if it’s not from an animal killed by a ritual slaughterer. Jewish authorities also worry about the use of fetal bovine serum (FBS), taken from the blood of fetuses killed during the slaughtering of pregnant cows, to feed the animal cells in the bioreactors. FBS could render the meat unkosher because of a prohibition against consuming blood, says Joel Kenigsberg, a rabbi with London’s United Synagogue who studied Jewish law and science at Israel’s Bar-Ilan University and is advising companies on kashrut issues. “This technology is so novel, so new, trying to find precedent is the greatest challenge,” he says.

There’s not even agreement on whether Jews should consider products grown in a lab to be meat, which can’t be consumed with dairy products, or pareve, a neutral category that’s neither meat nor milk. “What the companies call it doesn’t matter,” says Avrom Pollak, president of Star-K Kosher Certification Inc., a Baltimore-based organization that works with clients such as Nestlé SA and Walmart Inc. “There’s going to be some who say that it’s not meat.”

Many companies are trying to move away from using FBS. Israel’s Aleph Farms, which cultivates slaughter-free beef, on Dec. 8 announced a partnership with Munich-based Wacker Biosolutions focused on non-animal alternatives to feed the cells in bioreactors.

To address concerns about slaughter-free meat, Future Meat Technologies uses cell lines that originated with ritually killed cattle, chickens, and lambs, according to Yaakov Nahmias, its president. Future Meat, which is seeking regulatory approval from the U.S. Food and Drug Administration, aims to have its chicken in restaurants by early 2023 and expects to have its religious issues resolved by then. “We already have had several groups of rabbis visit. We are well on our way,” Nahmias says, adding that winning Islamic certification won’t be difficult. “It’s going to be both kosher and halal,” he says.

In Singapore, whose government has been the world’s speediest in approving the commercialization of cultured meat, Muslim experts are nonetheless taking it slow. “Novel foods such as these are new areas in Islamic jurisprudence and require appropriate religious research, analysis, and interpretations,” the Islamic Religious Council of Singapore (IRCS) said in an emailed statement. “It is a new development which IRCS is studying in detail.” —With Áine Quinn

BOTTOM LINE – About 2 billion people adhere to faiths with rules on slaughtering meat. Products grown in a lab could run afoul of those guidelines.
Originally published on www.bloomberg.com