How Is Islamic Finance Failing the Real Test? 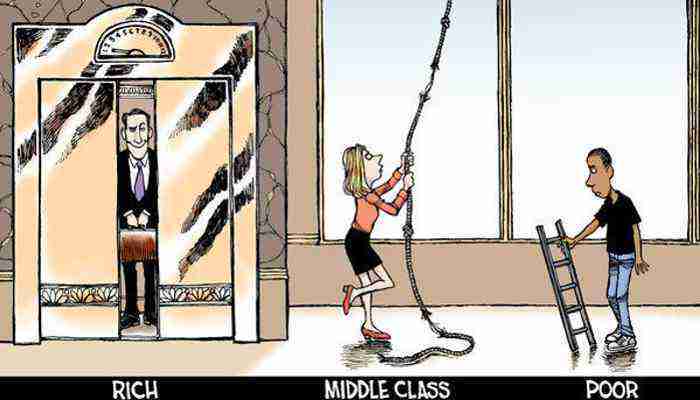 This growing field of ours was supposed to help lift up the masses from the pangs of poverty and give them access to basic financial services. However, so far, the growing clout of Islamic financial assets around the world has failed to mitigate income inequality so widespread in Muslim countries.

In the sixties, economists like Mahbub-ul-Haq, Simon Kuznets, and other proponents of capitalism thought that “the balancing forces of growth, competition, and technological progress lead in later stages of development to reduced inequality and greater harmony among the classes” However, that has proved to be wrong in most parts of the world.

The exponential growth in Islamic financial assets in the past two decades has raised incomes for corporations, their top managers substantially in many Muslim countries. However, income levels for workers at the bottom did not grow that much.

The same is the case with the Islamic finance of today. It seems to be following the footsteps of conventional finance (or capitalism as we know it today) in every sense of the word, from product structuring to marketing and everything in between. Despite all the fanfare in the growing field of Islamic finance, no significant data suggests that any Muslim country was able to reduce income inequality by utilizing excess liquidity in Islamic financial assets. Islamic economists as well as practitioners, so far, have failed to suggest and implement ways to reduce income inequality among the masses in Muslim countries.

The other day, we published a story on how much assets Muslim individuals, governments, institutions, and other stakeholders have while tens of millions of people are suffering from abject poverty in most Muslim countries. The policymakers, as well as Islamic finance practitioners, have to give a serious thought on how the poorest of the poor could also benefit from the growing assets of the Islamic finance industry. If it is not done so, the industry is doomed to failure and will be considered as yet another face of conventional finance which infamously takes care of the haves but utterly ignores the plight of the have-nots.

If we are to reduce income inequality among people of a country, the best way to do so might be to slow down the income growth of the highest-paid workers in any firm operating in the Islamic finance industry or any other sector. Higher taxes could be levied on high-income individuals in the Muslim world while transferring those resources to the middle and low-income groups of the societies.

We, as Islamic finance practitioners, policymakers, researchers, and other stakeholders need to think about this issue seriously as we can not just continue with the growth of Islamic finance the way we have been doing for the past several years. We have a large number of masses whose lives have not been changed despite the significant growth the Islamic finance industry has shown in some of the Muslim countries during the last couple of decades.

We know this topic might be controversial among our readers. We welcome your thoughts on how should Islamic Finance play an active role to address this burning issue. Please feel free to contact us at [email protected]