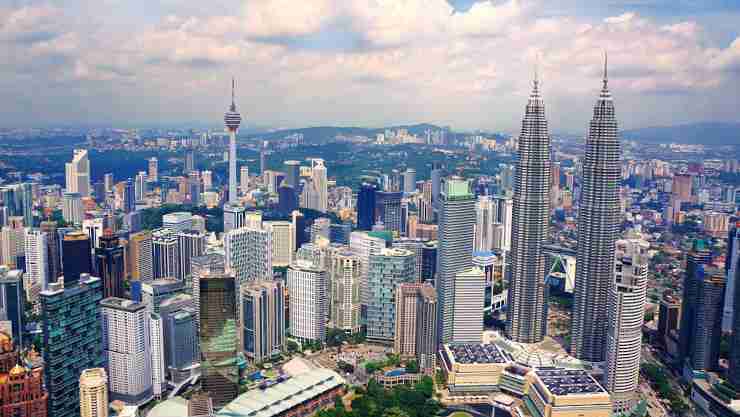 The halal industry is expected to contribute 8.1 percent to Malaysia’s Gross Domestic Product (GDP) and generate RM56 billion export revenue in 2025 compared to RM30.6 billion in 2020, according to the 12th Malaysia Plan (12MP) document released by the Economic Planning Unit (EPU) Monday.

“Measures will be undertaken to enhance the capacity and capability of the halal industry by uplifting the development of halal talent, establishing halal professional recognition, accelerating industry development including Bumiputera participation, increasing product competitiveness, and positioning Malaysia as a global halal hub,” said the document.

It also said that in positioning Malaysia as a global halal hub, the halal supply chain would be improved and Malaysia would be promoted as a prime destination for halal investment through various international platforms, such as ASEAN, the Organisation of Islamic Cooperation (OIC), and chambers of commerce.

The regional network and distribution channels of local large companies and Multinational Corporations (MNCs) would be leveraged in promoting export-oriented products and services.

The document stated that the existing distribution centers such as the Digital Free Trade Zone (DFTZ), Port Klang Free Zone (PKFZ), and halal e-commerce platforms would also be leveraged to promote seamless connectivity of the halal supply chain.

“By strengthening the role of halal parks to be more industry-friendly, it will attract new investments and expand existing businesses, while a holistic development approach will be used to revive existing underperforming halal parks,” it said.

In addition, incentives would be improved to attract strategic partners to invest in halal-promoted products and services, whereby a syndicated Islamic fund and a digital advisory platform would be established to provide financial solutions for local and international companies.

On uplifting the development of halal talent, the document said the halal occupational framework would be expanded to include talent requirements in high potential industries such as pharmaceutical, cosmetics, and medical devices industry, through engagement with the industry.

“The academic programs and training modules will be streamlined and accredited In accordance with the National Occupational Skills Standards (NOSS) and Malaysian Qualifications Framework (MQF).

“Higher educations and skills training institutions will be encouraged to offer more halal-related programs to produce graduates with holistic halal knowledge and skills,” said the document.

Additionally, a collaboration between public research institutions and the private sectors will be strengthened to create a pool of halal researchers and engineers, thus increasing the ability to produce high-value halal products and services.

To broaden the accreditation of halal professionals for the global market, the document stated that the Halal Professional Board (HPB), which comes under the Department of Islamic Development Malaysia (Jakim), would be restructured based on new regulations while the mechanisms related to halal professional practices, standards, codes of conduct and competency assessment would be identified.

Meanwhile, through the implementation of the Halal Industry Master Plan 2030 (HIMP 2030), the industry would be further developed by leveraging domestic strength, including by increasing the participation of Bumiputera companies to enhance industry competitiveness.

“Halal services, in terms of consultancy on the halal ecosystem, will also be offered to interested countries including non-Muslim majority countries to build Malaysia’s halal brand recognition.

“The halal-related Malaysian Standard (MS) will be enhanced as a key enabler to improve the competitiveness of products and services,” it said.

In the 11th Malaysia Plan, the industry grew by an average of 5.5 percent per annum while the value of halal exports increased marginally by 0.8 percent per annum from RM39.4 billion to RM40.6 billion from 2016 to 2019.

However, GDP contribution from initiatives that focused on the development of halal standards and certification, branding and promotion as well as commercialization of halal products and services decreased in 2020 to RM92.7 billion, while export declined sharply to RM30.6 billion.