Halal Hysteria – To Label Or Not? 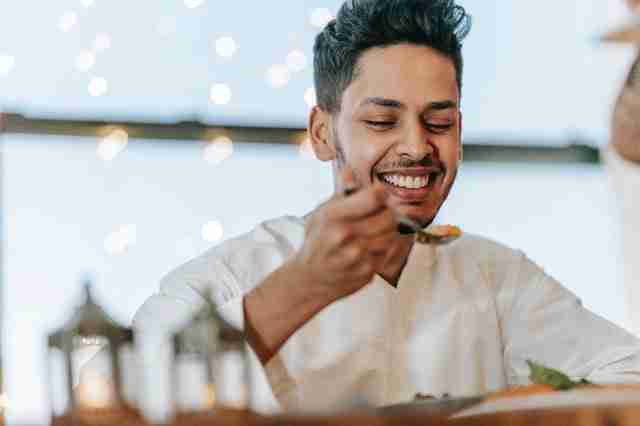 The halal meat industry has had a huge amount of media coverage in the last few weeks. Following The Sun’s front-page article on the ‘Halal Secret of Pizza Express’ (7th May 2014) a snow-ball effect has occurred and issues about whether the halal slaughter is humane and whether all religiously slaughtered meat (as well as stunned and non-stunned meat) should be clearly labeled.

Like other certification bodies in the UK and globally, we at the Halal Food Authority (HFA) accept the use of stunning, rendering the animal insensible to pain before slaughter. Under no circumstance do we accept stunning to kill as this would deem the animal non-halal. Our halal integrity is of the utmost importance to us but we are also heavily concerned with animal welfare.

A common misconception that the UK public has is that all halal meat is non-stunned, this could not be further from the truth.

The RSPCA estimates that 88% of animals killed for halal meat are stunned before slaughter and if the core issue at hand is whether the meat people are unknowingly consuming has been slaughtered in an inhumane manner – this statistic should rid people of their angst towards halal meat and halal meat derived products.

Currently, the government thinks that the labeling of halal and kosher meat and products is a good idea but the onus for this has been placed upon retailers – the HFA do not agree with this.

In an article in The Guardian(8th May 2014), a spokesperson for Prime Minister David Cameron said that “The prime minister’s view is that [halal labeling] is an issue of consumer choice and consumer information. So it is a matter for retailers and restaurants to work with customers and consumer groups and representatives of faith organizations.

He is a strong supporter of religious freedoms, including religious slaughter practices.” Following these comments given on behalf of the Prime Minister, an amendment was put forth in the commons by MP Philip Davies for compulsory labeling of halal meat – this was defeated by 281 to 17 on the 13thof May 2014.

A European study is now being conducted and according to Liberal Democrat minister Jenny Willcott, the government may consider introducing compulsory labeling if the research finds there is “widespread demand” for it from customers and consumers.“If there is to be compulsory labeling it would be best done at a European level, which would be best for consumers and also ensure that we do not put our food industry at a competitive disadvantage” Willcott told The Telegraph(14th May 2014).

At the HFA, we believe that if the responsibility is direct with the retailer themselves to label products halal, an undeniable increase in the self-certification of halal products will be observed. Muslims make up 4.8 percent of the UK population but they eat a disproportionate amount of lamb – we account for 20 percent of all the lamb consumed in England; due to the vast Muslim consumer market there is a want and need for more halal products and as a direct result, more consumer choice.

If it is the responsibility of the retailer to label a product halal as has been officially suggested by the government up to this point, said retailer needs to understand that numerous issues need to be taken into account, checked, monitored, and regulated.

Though the meat may be from a halal source has the entire production process been halal approved? Is the said product free of all non-halal additives and E-numbers? Is it free of non-halal oils and fats? Are the emulsifiers that have been used 100% sourced from halal slaughtered animals? If the yeast has been used in the finished product – was it autolyzed or brewer’s yeast?

If the cheese has been used in a product, is animal rennet or pepsin used in cheese production? When the processed foods are transported, are suitable transportation methods put in place to stop halal products from being contaminated by non-halal items? These are just a few of the questions that need to be considered to ensure a product is 100% halal and consumers cannot guarantee that a product is halal if it has not been accredited by an independent, reputable certification body that vigorously checks every single ingredient and steps in the production process.

The HFA oppose the idea to place the responsibility of halal labeling onto retailers for the above reason and believe that if all halal slaughtered meat is to be clearly labeled, it needs to be defined and regulated under UK laws if labeling is to become common practice; this will also ensure that consumers are protected from potential mislabelling and/or misrepresentation.

Until the above occurs, the HFA believes that labeling meat ‘stunned’ or ‘non-stunned will be sufficient and we wholeheartedly support this concept as this will satisfy the animal welfare concerns of all and sundry as well as allow UK consumers to execute informed decisions in regards to the meat they are consuming and the products that they are buying.