Halal Meat May Be Processed Differently, But Is It Safe? 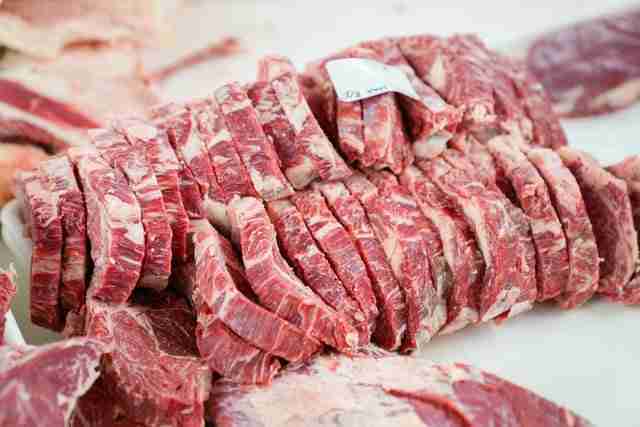 Many Muslims have migrated from their ancestral homes in North Africa and Asia to Europe and North America. These emigrants have brought their distinctive cultures and culinary traditions with them. They’ve also brought their dietary laws, which strictly regulate the slaughter and processing of meat.

Food processed in concordance with Muslim dietary laws is called Halal. Halal is an Arabic word that means “permissible.” Although traditionally, meat slaughtered under Jewish kosher practices was consumable by Muslims, most authorities today only accept meat slaughtered by a method called “zabiha.”

Zabiha imposes many requirements. For example, the animal must be healthy and must not be a forbidden species, the slaughterer must be a sane adult Muslim and the animal must be facing Ka’aba (Mecca). The slaughter itself is preceded by the words “Allah-o-Akbar’ (God is Great).” A very sharp knife must be used to prevent undue suffering. Failing to adhere to any requirements of zabiha renders the slaughtered animal “Haram” (forbidden).

Contrary to the claims of animal rights activists, the slaughtering process is specifically designed to minimize the animals’ pain, whereas commercial methods sometimes grievously injure the animal while leaving it alive.

Meat is central to many dishes originating in Muslim countries. One survey found that Muslims constitute 5 percent of the British population but consume around 20 percent of the total meat purchased in the country. In order to satisfy this demand, the food industry caters to the needs of its Muslim customers.

Today, halal meat is largely produced in commercial slaughterhouses staffed by specially trained Muslim workers who conduct the actual slaughter and supervise the subsequent processing. The animal must be healthy so the workers are trained to identify diseases that would render the animal unclean. Most facilities also have government inspectors on the line so the product still meets government standards.

But the focus of halal is on ensuring spiritual purity rather than science-based cleanliness, so buying halal food does not guarantee your food will be safe. Last year a Halal food processor in British Columbia was charged with several counts of knowingly selling food unfit for human consumption and a similar case was reported in Texas.

Fortunately, such cases are rare and problems also occur with non-halal products. Robert Singleton, a co-owner of, Rancho Feeding Corp, a California slaughterhouse, plead guilty yesterday to processing cattle infected with skin cancer. His deal has him working with prosecutors against his co-accused in the case. Workers at the plant allegedly took advantage of inspectors’ lunch breaks to process diseased animals, going so far as to replace disfigured heads with those of healthy animals to hide their crime. This fiasco resulted in the recall of a staggering 8.7-million pounds of beef.

The case of Rancho Feeding Corp. highlights why halal food is safer. For the owners of Rancho, the opportunity to sneak diseased meat down the line was just too tempting to resist. In a federally regulated Halal facility, there would have been ritual slaughterers in addition to the government inspectors so, with extra pairs of eyes watching the line it would have been much harder to commit this fraud. Halal certification does not mean that the food is free from harmful microbes, extraneous materials, or chemical contamination. We need modern science-based food safety programs to prevent these types of hazards but purchasing halal products ensures that there is an extra layer of oversight that can effectively prevent food fraud and generally results in a closer examination of the food that ends up on our plates to ensure that it is safe to eat.