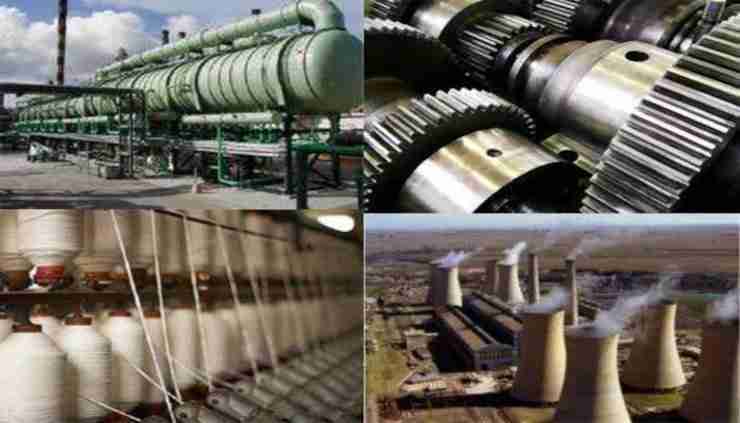 Pak Economy May Grow By 6% In The Next Five Years

Pakistan’s economy is on a solid growth path and has the potential to grow at a much higher rate in the next five years despite a challenging environment across the globe, Dubai-based Khaleej Times reported experts as saying.

Top government officials, analysts, and corporate leaders repose trust in the growing economy and said higher GDP growth in the five-to-six percent per annum range is going to be a ‘new normal in the next five years considering strong economic indicators.

“Yes, we have the potential to grow at a much higher rate in coming years. The State Bank of Pakistan [SBP] projects three percent GDP growth in the financial year 2020-21 and four percent in 2021-22,” SBP governor Dr. Reza Baqir told Khaleej Times during a recent event.

Newly-appointed Finance Minister Shaukat Tarin said Pakistan will go for an ambitious six percent economic growth target in the next two years as the International Monetary Fund (IMF) shows its willingness to renegotiate tough conditions for a $6 billion loan in the wake of rising Covid-19 cases.

“The federal government will earmark as much as Rs900 billion [$6 billion] for development expenditure in the year beginning July. That’s the bare minimum we need for a country this size,” he said.

The IMF has projected four percent GDP growth for Pakistan during the fiscal year 2021-22, which starts in July. Islamabad is expected to post a 1.5 percent expansion during the current fiscal year ending on June 30 after a rare contraction of -0.4 percent last year.

“We have strong economic indicators this year despite the Covid-19 pandemic challenges and this is a good omen for the economy. The government ensures more than Rs2 trillion stimulus to steer the economy out of Covid crisis by supporting the businesses through much-needed liquidity and funds distribution at the grass-root level,” Dr. Baqir said.

Elaborating, the central bank governor said the SBP offered Rs450 billion liquidity under its Temporary Economic Refinance Facility to the private sector to absorb the Covid shock, while another Rs240 billion was provided as working capital to avoid layoffs and job losses.

“The central bank also offered an Rs900 billion cushion to banks to ensure relief to distress businesses in deferment and restructuring of a principal payment and mark-up charges. These are some of the measures which helped the economy to bounce back quickly to meet global demand after the lockdown period,” Dr. Baqir said.

Referring to rising foreign exchange reserves, an orderly rupee-dollar parity, improving current account balance and other economic indicators such as large-scale manufacturing, cement, automobiles, and fast-moving consumer goods, the SBP governor said the economy is moving in the right direction and will perform better in coming years.

“Pakistan is one of the few countries that reduced its fiscal deficit despite the Covid challenge and global economic slowdown by reprioritizing spending. The country’s public debt-to-GDP ratio has remained broadly stable last year while it has risen for most emerging markets due to Covid; this has improved the country’s creditworthiness,” he said.

The governor said the market-based exchange rate system determines the rupee-dollar parity, which stands at around Rs153 today after hitting an all-time high of 168 last year.

“And close to $16 billion foreign exchange reserves raised through an improving current account, initiatives such as the Pakistan Remittance Initiative and Roshan Digital Account that is actually providing a solid base for a ‘sustainable economic turnaround’ of the country,” he said. About the challenges ahead, Dr. Baqir said it is key to address poverty alleviation and high food inflation to bring real change in the economy.

“The government accords top priority to address these serious challenges through administrative measures to improve the supply of the goods chain system,” he said.

Irfan Mustafa, who co-hosted the event with Imran Choudhry, praised the eloquent and persuasive presentation by the central bank governor that further increased the confidence and optimism of the community that the reforms being undertaken by the government are taking hold and showing clear signs of a turnaround in Pakistan’s economy.

Mustafa, an entrepreneur, and senior global executive, further opined that “we have the resources and the potential to grow our economy” on high single digits in years to come to lift millions out of poverty and become a regional economic power.

“We as overseas Pakistanis are contributing wholeheartedly towards this goal,” he said.

Dubai-based leading Pakistani businessman Chaudhry also reposed trust in the bright future of the economy and said it is on the right track to perform better in coming years.

“Pakistan does have potential to achieve higher growth in next five years,” he said.

Samiullah Tariq, head of research at Pakistan Kuwait Investment, said the country’s economy should grow at much higher rates to realize the true economic potential of the country.

“Pakistan is a nation of 220 million-plus people and every year new earners are now coming into the mainstream. Renewable energy is providing everyone sustainable and cheap energy making lives easier and products cheaper,” Tariq told Khaleej Times.

“IT, e-commerce, the Internet, and cellular sectors have huge potential to drive the economy into the fast lane and achieve much higher GDP growth in next five years. High single-digit growth is going to be a new normal in years to come,” he said.

Halal and Kosher: What You Need to Know
Next Post: US: ISA Furthers Its Partnership with Beyond Meat®