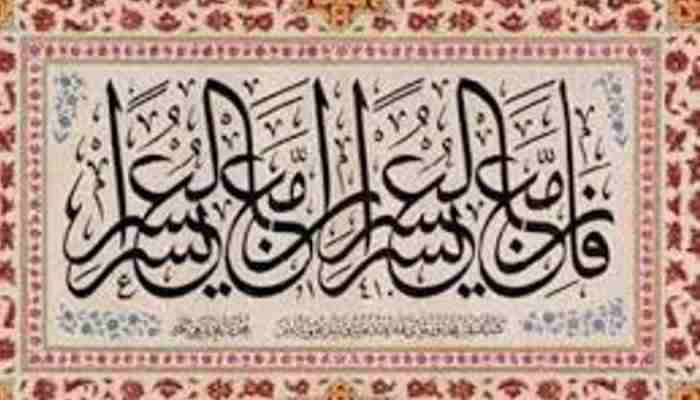 The Resurgence of Islamic Calligraphy in Istanbul

There’s an old saying in the Islamic world that “the Quran was revealed in Mecca, recited in Egypt, and written in Istanbul.” Istanbul calligraphers were the pick of the litter in Ottoman times, and their legacy continues to be felt today, undercover in hidden galleries and workshops, beneath the veneer of modern Istanbul.

Many art schools in Istanbul have calligraphy departments, and there are several master calligraphers who received their Icazets (calligraphy degrees) from the last generation of Ottoman masters. All this despite Atatürk’s script revolution, which effectively supplanted Arabic with the Latin alphabet in 1928.

Going around Istanbul, particularly in the book section — the Sahaflar Çarşısı — of the Grand Bazaar, you can find scores of shops selling calligraphy and pages that seem to be taken out of illuminated manuscripts. Many of these are shops that cater to unschooled tourists, with poor quality calligraphy created by artists who don’t have an Icazet.

Not so in Tophane, at the foot of Kumbaracı street, a short walk down from Istiklal Caddesi, Istanbul’s famous pedestrian thoroughfare that cuts through the district of Beyoğlu.

At Kumbaracı4 stands Istanbul’s only gallery specializing in top-quality Islamic calligraphy (hat sanat). The gallery was started by three friends interested in the art form. They felt there were hundreds of galleries in Istanbul, especially Beyoğlu, which dealt with Western art, but not a single one dealing with Turkish Islamic art.

In 2012, Edip Sağlık, Erhan Geyik and Ebubekir Mete opened the gallery as “Turkey’s first Islamic art gallery.” In addition to hat sanat, they also exhibit illumination, marbling (ebru), and miniature painting. Former Deputy Prime Minister Nazim Ekren attended the opening, along with 40 artists. The exhibition was called Nokta’nın Ustaları, “Masters of the Point.” The prices are daunting: Works fetch anywhere from $5,000 to $50,000.

Many artists exhibited in the gallery live in the surrounding neighborhood of Tophane, an old quarter, poor and abounding in men’s social clubs, small workshops, and nargile lounges. The artists are mainly religious people, but they aren’t necessarily Turkish; many come from Iraq, Iran, and Syria. What unites them is their domicile in Istanbul.

They gather in Tophane, talking shop while smoking shisha and showing their works, which take months to complete. Usually, they have no problem selling pieces. Typically, co-owner Mete requests 20 works for an exhibition. The artist needs a year to prepare for the show. “It’s a hard lot for a hat sanat artist,” Mete says, “and the hurdles they face are greater than those faced by most contemporary artists.”

Before the gallery opened, this particular Istanbul neighborhood was the center of a bit of unrest, which focused on a handful of contemporary art galleries that had established a foothold in the neighborhood, opening their shows with tables offering wine to guests on the street.

Traditionally minded men in Tophane were scandalized at the free-flowing booze on streets, which they generally regarded as their preserve. Windows were smashed and tables upset.

The guys that I know, who sit together, talk together, say hello to me, were not responsible for these events. They were very religious people. I have to say, this is a very old part of Istanbul. The cafes are full of people. If they hear that one of their friends was disrespected by someone, 20 of them get together and start some trouble.

You see, some people want all this area changed. It has a certain value. If something opens, the value also increases. The people here don’t want this kind of violence to happen here. They just want respect. If there is going to be wine, then have it inside, not out on the street. Show respect for the people.

Hat Sanat is known in Arabic as khatt Islami, meaning Islamic line, design, or construction. A feeling of deep affection for the Quran, as well as the idea that figurative art was idolatrous, led to calligraphy becoming one of the major branches of artistic expression in Islam, occupying a status even higher than that of painting.

In lieu of the representational arts, calligraphists depicted the Hilye-i serif, an Arabic word meaning description of the Prophet Muhammad’s features: how tall he was, his face, beard, physical characteristics.

Traditionally, a student would copy a master’s work again and again until the student’s handwriting matched that of the teacher. For many practitioners, the art transcended the limitations of the mere profession and was elevated to a spiritual dimension.

Nakşi Resul Efendi is a Sufi master from the region of Kony. He says:

Hat sanat is an emulation of the levh-i kalem and the levh-i mahfuz. Allah, before He created anything, created a pen: Kalem. Levh-i kalem. And then He created the levh-i mahfusz, a sheet, a sheet of light. And then He said to the levh-i kalem, “write”. And the kalem said, “What should I write?” “Write: Bismillahirrahmanirrahim.” [In the name of God, Most Beneficent, Most Merciful.] The first thing that was ever written was Bismillahirrahmanirrahim. And every individual stroke or letter took 700 years. And then Bismillahirrahmanirrahim was written out in its completion. And with this levh-i kalem everything was written down: your life, my life, how the earth was formed, the universe. Hat sanat is an emulation of levh-i kalem and levh-i mahfuz. That’s why it’s something spiritual. And to learn this, you have to know the spiritual basis. And to keep decorum. You are writing in the name of Allah. That’s why it’s an important thing.

The Turks adopted the Arabic script in the 10th century when they took up Islam. Traditionally, calligraphy was taught in dergahs — Sufi lodges. Dergahs were places of education, whether in the realm of reading and reciting the Quran or learning the sharia, Islamic laws. In the foreground was Sufism. With time, hat sanat began to be taught in public schools, which in the Ottoman period all had a religious cast.

Like in many spheres of Ottoman public life, emphasis was put on beauty. Regardless of what aspect of life the Ottomans applied themselves to, beauty was always attended to; everything had to be aesthetic, including the reading of the Quran and the writing.

Later, special hat sanat schools sprang up, but in the beginning when it was mainly focused on in the dergahs, hat sanat couldn’t be learned right off the bat. You had to go to the dergah first to learn proper comportment — adap. Only then could you take up a pen and begin to learn.

Traditionally, when a master completed a masterpiece, he gave it to his best student or his children. Thus works of hat sanat were passed down in Turkish families as valuable heirlooms, carefully preserved. In the modern era, as high quality hat sanat pieces began to fetch high prices, the spiritual became less and less important, and these family jewels were sold.

“They sold out themselves,” says Resul Efendi, the Sufi master. “They sold their family. It should have remained in their possession forever. Because every calligraphic work that was penned by a master is a blessing. Because when an evliya — when a sheikh — makes that, he was a master. Just as someone who was master of swordsmanship was a sheikh — a sheikh of the sword — so there were hat sanat sheikhs. These were people who had a spiritual basis. And when these people write, Allah is dictating to them. Allah is telling them what to write.”