UAE Dates Export Quintuple in a Decade Due to Government Support

At $235 million, dates were the UAE’s most valuable export in 2020. About 60% of the country’s agricultural output was sent abroad. Nowadays, the UAE is experiencing dates production explosion as the benefits of government programs begin to filter down to farmers.

One recent example of the UAE government’s support of the agricultural sector is the Al Dhaid Dates Festival, which took place in the emirate of Sharjah at the end of July. A huge number of farmers, suppliers, and dealers of agricultural machinery met at the event to do business and share knowledge. Massive initiatives have been done to promote dates farming and aid farmers in raising productivity and profits.

Sharjah-based dates farmer Ibrahim Shakkah remarked, “The government doesn’t charge us any fees, whether it’s for involvement in public markets or festivals.” He mentioned, “Some shows charge us, but these are minor costs. It substantially supports and enables us to promote our products and compete in the market.”

Although Shakkah only serves the local market. But, the company hopes to expand its reach to serve the rest of the region as well. He proudly declared, “This is my third year participating in the event, and I have gained so many customers because of it; now I trade roughly 600 kg of dates per month.”

During the peak of the dates harvest season in the UAE, in the months of August and September, more than 30,000 people attended the sixth annual Al Dhaid Dates Festival. The competitions during the event were open only to date farmers, and they gave a total of $272,000 in cash awards to 145 lucky winners. About 160 varieties of dates are farmed in the country, and some of the most popular ones were on exhibit and for sale.

Dates grower Abu Ahmed from Sharjah, who was taking part in the event for the first time, displayed a wide range of varieties, including Khalas, Sukkari, Khenaizi, Blush, Marzipan, Sobo al-Aroos, Al-Ambra, Nagal, and Gash Rabie. He said that the outstanding quality of the goods accounted for their quick sale. With the help of advertising, last year I was able to sell almost five tons of dates.

A huge chunk of the UAE agricultural output comes from the production of date palms; in fact, the Ministry of Climate Change and Environment estimates that this sector accounts for almost 60% of total agricultural output. According to the Federal Center, in 2019, the UAE generated 341,246 metric tons of dates from over 40 million date palms around the country. Most date farms in the UAE are modest. 40 years ago family-run businesses started as part of a social welfare initiative to settle Bedouins. This is why, hobby farmers run many date farms in the country.

Massive initiatives have already been done to promote dates farming and aid farmers in raising productivity and profits. Abu Dhabi’s Liwa Dates Festival has been going strong for 18 years. While Sharjah’s Al Dhaid Dates Festival and the Dates Festival in the Souq Al Jubail market both run for three months. The most recent edition of the competition has just ended. Due to that, many hundreds of successful farmers have been awarded a total of over $2.2 million in awards.

In addition to the Conference and Expo, Abu Dhabi also welcomes visitors to the annual Khalifa International Award for Dates Palm and Agricultural Innovation. The Liwa Ajman Dates and Honey Festival, held annually on the west coast of the country, will take place this month.

For date farmers, Abu Dhabi’s 2005 establishment of Al Foah was the single most important policy shift. The company, which is now the largest in the world, purchases its raw materials from small-scale domestic producers and exporters. The majority of the 110,000 metric tons dates processed annually for international markets.

Last month, Al Foah established eZad, an online platform that allows farmers to sell excess products domestically and internationally. It also includes streamlining the process of managing unsold inventory and guarantees timely payments. More than 450 local farmers have expressed interest, and over 1,200 consumers have signed up for the online marketplace. 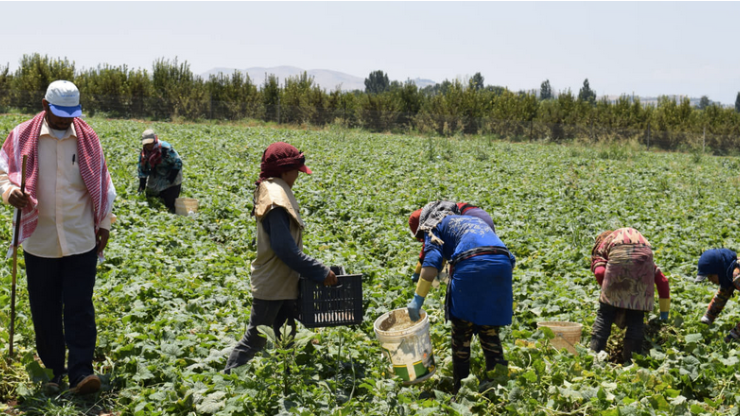 Dates farming in the UAE has a long and storied history, and people take great pride in it. However, the business is gaining prominence due to its significance in the region’s drive. It’s important to ensure that the citizens have access to nutritious food. To this end, there is a rising movement to teach farmers environmentally friendly methods that will boost their harvest quality. In addition, the UAE government maintains its subsidies for local farmers, including discounts of up to 50 percent on farming supplies. Nonetheless, there are still a number of limitations to consider.

According to Festival’s member Saeed Dalmouk Alkatbi, “one of the main issues facing farmers in the UAE is the high prices. They pay these prices due to the availability of water resources in varied proportions around the country.” He explained that because of these factors, “quality and costs of dates vary from region to region within the UAE.”

The government has promised to spend AED2.5 billion this year to fix this issue by extending water networks to farmers.

Use of Organic Fertilizers

Abu Ahmed explained that his family had been growing palm trees for generations. They also learned much about the craft from their forefathers. Historically, “we dried and preserved dates using archaic processes before beginning to embrace contemporary technologies.” We’ve switched to organic fertilizers for the palm tree’s initial feeding and insect control measures.

Alkatbi stated that this festival educated farmers to boost crop yields, such as seed multiplication, vegetative propagation, and tissue culture. The event also highlighted to date farmers the importance of routinely inspecting palm trees for pests like the red palm weevil. Due to its broad devastation, the UAE is spending $1,000,000 on research into genetic strategies to combat the insect.

Shakkah explained, “It’s no secret that there are enormous hurdles in this field, as diseases can hit palm trees and adversely damage their production. We control them with pesticides and focus on primary infection prevention”. Treat your dates palm with love and nurture. It will reward you with fruitful harvests, much like a child.