What Does the Future Hold for Islamic Finance? 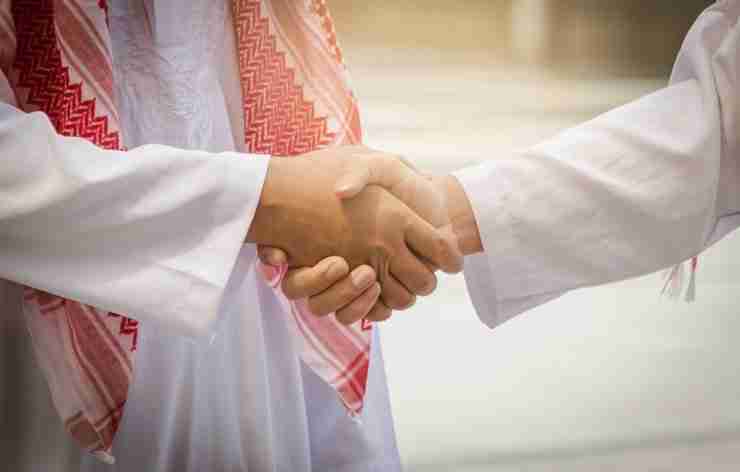 After remaining resilient in 2020, the Islamic finance segment is performing strongly this year, as an improved economic environment, a rise in the number of large projects, and an increased focus on environmental, social and governance (ESG) factors combine to drive demand.

Despite the twin challenges of Covid-19 and the fall in global oil prices, the segment’s assets grew by 10.6% last year, according to global rating agency S&P.

Although this was down on the 17.3% growth rate recorded in 2019, it was nevertheless a strong performance in light of the global recession, with many suggesting that the segment’s positive growth was a sign of its strong future potential.

Building on this, S&P forecast that the global Islamic finance industry will grow by 10-12% annually over the course of 2021 and 2022.

This positive projection is largely built on an expected economic recovery in key Islamic markets in the Gulf and Southeast Asia, driven by the rollout of large infrastructure projects in countries like Saudi Arabia and Qatar, and an increase in Sukuk (Islamic bond) issuances, which S&P expects will reach $140-155bn this year, up from $139.8bn in 2020.

Indeed, some individual lenders have experienced far more dramatic growth, with the Dubai-based Emirates Islamic recording a 358% year-on-year growth in net profits over the first nine months of the year.

Perhaps unsurprisingly, the continued growth of Islamic finance is translating into increased prominence within global financial markets, particularly in Muslim-majority countries in the Middle East and Southeast Asia.

For example, in the GCC – the world’s largest Islamic finance market, with around 45% of the global share – sharia-compliant banking assets as a proportion of total banking assets have grown significantly in recent years.

Elsewhere, in Malaysia, the world’s third-largest Islamic finance market, the proportion of sharia-compliant finance rose from 22.8% to 30.1% over the same period.

However, this trend is not universal, with Islamic banking assets in the UAE experiencing a slight fall in terms of their proportion of overall assets, and the corresponding figures in Bahrain and Oman only rising by a small margin.

This increase in asset value and market share has naturally led many conventional banking institutions to turn their attention to Islamic finance.

Coinciding with a broader trend of mergers and acquisitions (M&A) in the Gulf, a number of conventional institutions have sought to buy out or merge with Islamic banks in recent years.

For example, in 2019 the Abu Dhabi-headquartered Islamic finance institution Al Hilal Bank joined forces with the Abu Dhabi Commercial Bank and the Union National Bank in what is the region’s largest tie-up to date. The merged entity became the UAE’s third-largest bank, with an estimated $114.4bn in assets.

The M&A activity continued into 2020, with the National Bank of Bahrain (NBB) acquiring a 78.8% stake in the Manama-based commercial lender Bahrain Islamic Bank (BisB) in January, while in the same month Qatar’s Masraf Al Rayan finalized a merger with Al Khaliji Commercial Bank, creating Qatar’s second-largest lender and one of the region’s largest shariah-compliant groups.

“On a strategic level, the integration of conventional and Islamic banks provides stronger balance sheets through a robust risk management framework,” Yaser Alsharifi, group chief strategy officer of the NBB, told OBG. “It can also lead to an acceleration in funding and capital synergies, as well as opportunities for joint bids for larger corporate deals.”

While moving into lucrative Islamic banking markets is often a motivation for conventional banks, there are also a series of benefits that M&A can bring to Islamic lenders, which tend to be smaller than their conventional counterparts.

“With NBB owning 80% of BisB, there have been two important benefits,” Hassan Jarrar, CEO of BisB, told OBG. “In terms of talent development, the employees of both banks now have more opportunities for career progression, while in terms of scaling up BisB’s operations, the acquisition by NBB has contributed the financial backing we needed to expand our reach.”

“Key integration challenges include unlocking the synergies value early during the integration plan,” Alsharifi told OBG. “This can be achieved through a clearly communicated governance framework and a well-structured integration plan with effective monitoring and control of performance. In addition, it is important to have an effective change management plan focusing on talent retention and culture harmonization during the initial integration years.”

The ESG of Islamic finance

Looking forward, the turn towards ESG in global finance is also expected to provide Islamic banking with substantial growth opportunities, particularly in the Gulf.

In fact, there are many key parallels between ESG values and those of Islamic finance, which similarly address social and environmental factors.

For example, in its discouragement of interest, strong focus on profit- and loss-sharing, and belief in not financing activities that cause societal harm, Islamic finance has social factors deeply entrenched in its core principles.

Some socially-minded products include Qard Hassan, which is a loan granted mainly for welfare purposes; Zakat, somewhat similar to a tax levied on people who earn above a certain threshold, which is used for social welfare purposes; and Waqf, a philanthropic deed or donation.

“Islamic finance, in and of itself, is not more inherently risky than conventional finance,” Sabeen Saleem, CEO of the Islamic International Rating Agency, told OBG. “Although it may traditionally have been more exposed to risks in real estate and construction given the ease of structuring, its innate avoidance of speculative transactions limit its exposure to riskier areas like derivatives, and its inherent empathy for society and avoidance of interest allows its customers room to recover when needed.”

Meanwhile, with the “protection of life” principle, sharia-compliant finance also aligns with the environmental aspect of ESG, as both look to avoid financing projects or developments that could be harmful to the environment or the wellbeing of people in general.

The Rise of Green Sukuk

Indeed, the growing awareness of ESG in global finance has also coincided with an increase in demand for green or socially responsible Sukuk.

Following the first issuance of a green Sukuk by Malaysian company Tadau Energy to fund a 50-MW solar project in 2017, interest in the product has grown steadily.

Although it still comprises only a small part of the overall Islamic finance market, green and socially responsible Sukuk is expected to have significant growth potential, particularly in the Gulf.

“Regarding capital markets, while Islamic capital market in the GCC is still not as deep as in Malaysia or Indonesia, financial institutions in the region are increasingly experimenting with Sukuk, including green or ESG-minded facilities,” Saleem told OBG. “However, much work is still needed to define and set the standards for what comprises a sharia-compliant Sukuk generally, and set regulatory standards for ‘green’ or ‘ESG’-focused instruments.”