What Is Halal And How Does Certification Work? 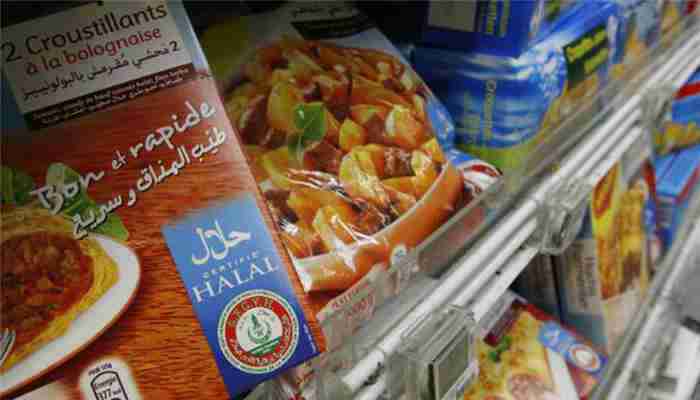 Sydney, Australia:- Halal food certification in Australia and other parts of the world has become a contentious issue. Recently, a Western Australian cafe received hateful and anti-Islamic messages after its owners tried to explain halal on Facebook. A South Australian company stopped certifying its yogurt in November 2014 after it was targeted by a social media campaign. So, the question is What is Halal and how does certification work?


Recently, an independent senator Jacqui Lambie in the country threatened to introduce a private senator’s bill to close what she claims are “legal loopholes” that: … could allow financing of terrorists and Australia’s enemies through halal money.

Activist groups are telling consumers to boycott halal products. They also claim that the money earned by certifying products as halal funds extremist groups and is part of a campaign to introduce sharia law in the country.


Halal food certifiers and others in the Australian Muslim community have rejected these baseless claims, and those who make them are yet to produce any credible evidence. But a lack of transparency from certifiers, along with a fragmented marketplace and confusion over what the halal certification process involves, creates a climate of uncertainty for anti-halal campaigners and Muslim consumers alike.

What Is Halal And How Does Certification Work?

What is halal food?

Muslims choose to eat halal food because it meets requirements that they believe make it suitable for consumption. Halal originates from rules set out in the Qur’an and the Hadith (the Prophet Muhammad’s example), which have been followed throughout generations of Islamic practice. For Muslim consumers, knowing how the food was produced is an important consideration. Raqib Chowdhury, CC BY

As a concept, halal does not only pertain to food. Halal means “permissible” and can refer to any aspect of life covered by the teachings of Islam.

Halal is a part of sharia as a system of morals to guide Muslims’ actions and behavior, but this should not be confused with halal as part of a codified system of sharia law. Halal prescriptions might be considered by observant Muslims to be religious obligations, but Australia is a secular country, and halal forms no part of any Australian law.

As with many aspects of Islamic practice, the definition of halal food is a contested issue. For example, there is disagreement within the Muslim community about whether stunning animals before slaughter produces halal meat. Both sides draw on Islamic teachings and traditions to support their positions. Disputes such as this highlight why halal certification is important for Muslim consumers.

How does halal certification work?

There are three different types of halal certification in Australia. Individual products can be certified, meaning the production process and ingredients in that particular product are halal. So a consumer could buy halal yogurt, for example, from a store that also sold non-halal yogurt.

Production facilities can be certified so that any products produced according to the certification standards can claim to be halal. For example, in an abattoir that is certified to produce halal meat, the meat will be halal no matter what cuts or final shape the meat takes. However, it may not even get labeled as halal when it reaches the market.

Retail premises can also be certified so that all food prepared and sold from that business is halal.

Why is halal certification needed?

Halal certification is needed in Australia for two key reasons.

Firstly, certification helps local Muslims decide which products to buy. Modern food processing and globalized markets make it hard for Muslims in Australia to know how their food was produced and where it has come from. To get around this uncertainty, consumers who want to buy halal food need a system that checks whether products meet the requirements of being halal.

In this sense, halal certification is similar to any type of food certification and audit system. Whether it be halal, kosher, gluten-free, or organic, food certification services help consumers to make informed decisions about the food they eat. Companies around the world are embracing halal to compete in the large Muslim market. Mark Ghosh/Flickr, CC BY-NC-SA

The second reason has to do with trade. With the global halal food trade estimated at A$1.75 trillion annually, Muslim markets provide a lucrative opportunity for Australian companies. If companies want to export their products to those markets, they need to have halal certification.

Certified halal products in Australia can come from two sources: domestic products that are produced locally and certified by local businesses, or imported products that have been certified overseas.

Numerous halal certifiers operate in Australia. The Department of Agriculture maintains a list of Islamic organizations that have an “Approved Arrangement” to certify halal meat for export. 21 such organizations are operating in Australia as of November 2014.

While some halal certification providers are associated with, or part of, larger Australian Islamic organizations, such as the Australian Federation of Islamic Councils, others are stand-alone businesses that provide local certification services.

With so much uncertainty about what constitutes halal, how products are certified, and who is doing the certification, consumers who wish to buy halal food can find that a difficult task.