Will The Taliban Use Islamic Finance To Run Afghan Economy? 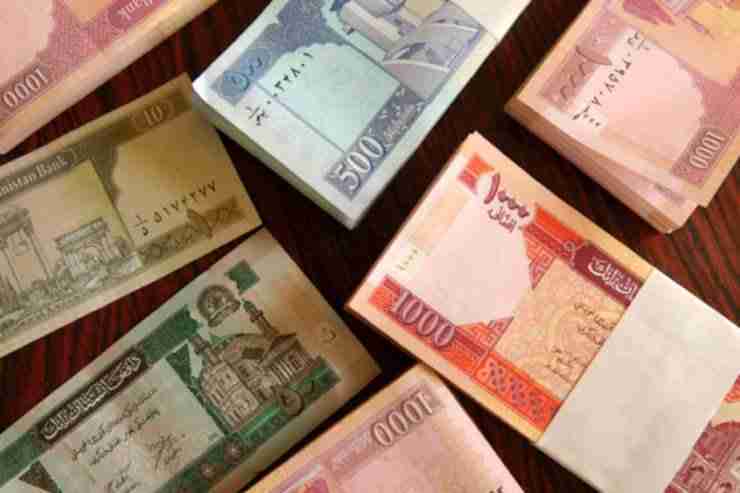 Will the Taliban use Islamic finance principles to run the Afghan economy? What is the best way to revitalize the economy of Afghanistan? What is needed in the country to restart the broken economy? Based on the discussions so far, we tend to believe that the Taliban will try to apply Islamic economic principles to revive their war-torn economy. A prominent Islamic finance scholar, Mufti Taqi Usmani has already offered his help to do so.

However, it all depends on the situation on the ground. At the end of the day, the new rulers of Afghanistan have to decide on how to restore their economy?

What is the State of the Afgan Economy?

After four decades of foreign involvement in Afghanistan, unemployment stands at more than 40%. About 50% of the population lives below the poverty line. Close to five million Afghans are internally displaced and are living in makeshift camps in different parts of the country.

The Afghani, the country`s currency has dropped about 10% recently. If the currency continues to slide downwards, the country may face hyperinflation. Due to a severe drought, vital crops are short in supply.

After more than a week of closures, financial institutions have reopened now. But, both ordinary citizens and traders continue to face a liquidity crisis. Ordinary people are still unsure about their economic future. Many people have no apparent sources of income. In the short term, they may be able to provide food for their families by borrowing from friends and other informal sources. However, it is not a viable solution in the long run.

So, what is the panacea to all these problems?

In the short to medium term, other governments will need to help the country financially by giving aid to the Taliban once they announce their government.

How Can Other Governments Help Revamp the Afghan Economy?

Can the Taliban revive the economy in the coming months? It depends on their relationship with their neighbors, and countries like the US, and Europe. Especially, an engagement with neighbors such as Pakistan and Iran could help them become a trade route for Central Asian states.

World Health Organization (WHO) has already started extending help in the form of medical supplies to Afghanistan. The Taliban want foreign aid and are contacting NGOs to ask them to stay.

Monetary and Fiscal Policies of Afghanistan

As they have gained control of almost all of Afghanistan the Taliban can decide for themselves what monetary and fiscal policies they need to adopt to run their economy.

The Taliban want monetary affairs to be governed by Sharia laws as stated by them time and again, but Afghanistan’s traditional banking model is not Shariah-compliant as of now.

The Taliban has appointed their interim finance minister and an acting governor of their state bank too. In the near future, the Taliban would be revamping the country’s banking system, tax laws, and currency exchange regulations – a possibility that has caused concerns and confusion among Afghans and the international community alike.

The question remains how the Taliban will run their war-torn economy and which economic model(s) they will use to run the country’s economic relations with other governments?

What monetary changes to expect?

People familiar with Afghanistan’s politico-economic affairs say since the Taliban had come to power in the name of a sharia-based government, they would be compelled to not only alter the political structure of the country but also introduce significant changes to banking, customs, and currency systems in the country so that the country`s economy becomes Shariah-compliant.

Such changes may prove radical and could make it harder for the country to engage in international trade or deal with international monetary institutions such as the Asian Development Bank, IMF, and the World Bank.

Shaikh ul Hadith Mufti Kamaluddin Almustarshid from Jamia Islamia Clifton Karachi says tax laws reforms would be easier than other monetary changes for the Taliban. They could revise tax rates, reducing them to equitable levels, he said adding that currency exchange could also continue with negligible procedural changes.

“However, Afghanistan’s banking system would require radical changes because, currently, it is based on the traditional interest-based banking model,” Almustarshid said.

He said an alternative to the traditional model was being practiced in various Muslim countries including Pakistan, Egypt, and Malaysia.

According to him, working with the IMF and other international monetary institutions could be permissible under such circumstances.

We are not yet sure how much legitimacy will the Taliban get from the international community after they form their government in the coming days. But as the global Islamic finance industry is thriving, they may want to seek help from various Islamic financial institutions and professionals in the industry.

Meezan Bank’s Head of Product Development and Sharia Compliance Ahmed Ali Siddiqui says only Islamic banking could provide a suitable alternative to traditional banking in Afghanistan. Many Afghan bankers have already been trained at Pakistan’s National Institute of Banking and Finance – and many more could be sent to the institution and other Islamic banks around the world to be trained in Islamic banking and finance.

The Taliban could benefit from the Islamic banking model being advocated by Mufti Taqi Usmani and other religious scholars.

Mufti Taqi Usmani, who pioneered Islamic banking research, has advised the Taliban by saying that they must focus on Afghanistan’s economy and if they needed assistance he was ready to extend help.

Although the US and allied forces have withdrawn their forces from the country, they can not and should not leave the country in this dismal shape. To ultimately win the war in Afghanistan, the US, its Western allies, and most importantly, its neighbors need to help the Taliban revitalize their economy. However, they should not try to impose their own economic or any other agendas on the country and leave the Taliban to decide which route they want to take to salvage their war-ravaged economy.