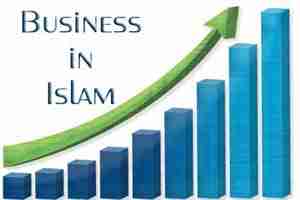 World: Business On The Halal Battleground

NEWS that a South Australian agribusiness had been unfairly targeted by an anti-halal organisation, and as a result almost lost a $50,000 contract, is disappointing. One of a number of anti-halal lobbyists, the Boycott Halal Facebook group urges its followers to bombard specific businesses with complaints in the hope they will cancel their halal registration.

The campaigners say halal certification fees serve as an unfair tax on non-Muslim consumers, or at worst fund terrorism. As businesses are targeted one at a time, the negative messages can be overwhelming for small companies, especially if they are posted on the social media and can be readily seen by the general public. This was the case for the Fleurieu Milk Company, which received an email asking if it was halal-accredited.

Its reply stating it was halal-accredited in order to secure a contract with a major international airline company was then shared with the Boycott Halal Facebook group, which in turn encouraged its 37,000 followers to bombard the company’s Facebook page criticising its stand. Within hours, the company decided to withdraw its halal registration for the sake of its brand and staff.

That decision triggered more outrage on social media, by those on the other side of the fence, with the company described as racist and those running it cowards for giving in. It is disheartening to see how the company has been treated, from both sides, but the positive is that so far it has kept its contract.

But it is heartening to hear that meat and livestock industry representative bodies are developing a plan to help butchers and wholesalers in the line of fire. This is particularly important because in the 12 months to September, South Australian businesses exported $839 million worth of goods to the Middle East.

Australian Meat Industry Council executive director Paul Sandercock said any links to terrorism were “tenuous” and dismissed the idea that there was a co-ordinated movement to force Australian businesses to pay for halal certification.

The guidelines are expected to be completed in the next few weeks. Hopefully they will provide some much-needed advice, so businesses do not have to face what Fleurieu Milk Company did.