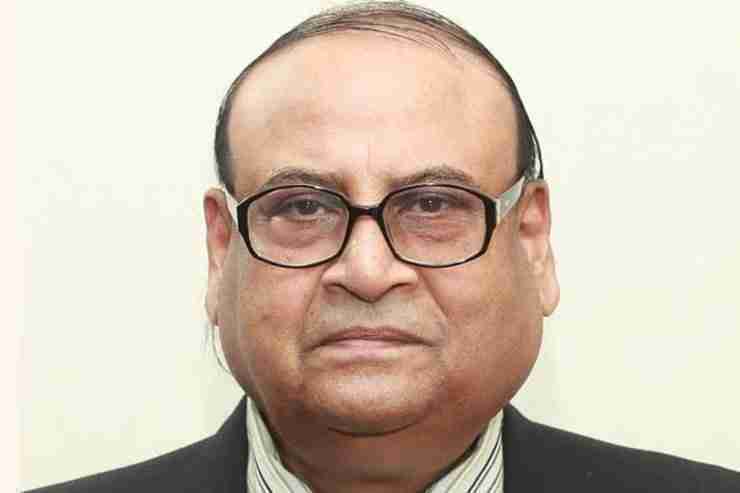 A Tribute To Prof. MA Mannan, A Renown Scholar Of Islamic Banking & Finance

Dr. MA Mannan may be a familiar name to those who have studied Islamic banking & finance for any length of time. I was personally introduced to the learned professor in the mid-eighties when I started my study of Islamic banking & finance at the International Institute of Islamic Economics (IIIE), Islamabad. He passed away on March 31, 2021, in Dhaka, Bangladesh. He was 83.

Dr. Foyasal Khan, a research scholar in Islamic finance wrote the following tribute for Professor MA Manan and his illustrious career in the field of Islamic Banking & Finance. It was published in The Financial Express.

Professor Dr. Muhammad Abdul Mannan, a renowned authority in Islamic economics, banking, and finance, passed away on March 31, 2021, due to cardiac complications while undergoing treatment at a Dhaka hospital. He was 83 years old. With his demise, the Muslim world has lost a distinguished and able economist as well as a prolific author on Islamic economics. Bangladesh has also lost a visionary, a life-long educator, and a philanthropist who played a key role in establishing many institutions, including the Social Islami Bank Limited (SIBL).

EARLY LIFE & EDUCATION: M A Mannan was born on January 10, 1938, in an illustrious family in a village in the city of Sirajganj. His father late Dr. Khadem Ali was a famous homeopath doctor in Sirajganj. His mother late Syeda Rezia Begum was a housewife. He was educated at Gyandayini High School and BL Government High school. He passed his Matriculation Examination from Victoria High School, Sirajganj Sadar in 1954, Intermediate from Sirajganj college in 1956, BA (Honours) in 1959, and Master’s in Economics from Rajshahi University in 1960. In 1970, he proceeded to the United States where he enrolled at the Michigan State University for MA (Economics). In 1973, he obtained his doctorate from the same university, with interests in many areas of economics such as the economics of education, development economics, industrial relations, and finance.

WORKS: Mannan’s professional life began by joining Sirajganj college in August 1960 as a lecturer. While teaching, he thought that it is possible to present economics in a very pleasant way before the students. From that thought, he wrote a book titled An Introduction to Applied Economics published by Dhaka Book Corporation. The book was well accepted by the students and the fourth edition of the book was printed within two years.

Later, he joined the East Pakistan Civil Service as deputy magistrate in 1963 and moved to the finance ministry in West Pakistan in 1965 as assistant finance advisor. In 1967, he published a book entitled Economic Problems and Planning in Pakistan that not only provided the history of the development of the country from 1947 to 1967 but also highlighted the economic disparity between the two wings of Pakistan. This book was helpful to the success of his life and he joined as an assistant chief officer in the fiscal monitoring section of the Pakistan Planning Commission.

Professor Mannan came to prominence in the Muslim world at the age of 32 when his book Islamic Economics: Theory and Practice was published in Lahore in 1970. This book was considered by many students and scholars of Islamic economics as the first ‘textbook’ on the subject. It received international recognition and has since been reprinted over 20 times, revised in 1986 and 2014, and translated into the Arabic, Turkish, Bengali, and Malay languages. For his contribution to the development of Islamic economics, Mannan was honored with the ‘Highest Academic Award of Pakistan’. At the beginning of 1974, he left the USA to join the Papua New Guinea University of Technology. He later served at King Abdul Aziz University in Jeddah, Saudi Arabia as a professor of economics and Islamic finance between 1978 and 1982 before taking the position of Chief Economist at the Islamic Development Bank (IDB), Jeddah in 1982. At IDB, he became the Chairman of IDB’s prize preparatory committee. Finally, he returned to Bangladesh, his homeland, after an early retirement from IDB in 1996.

A VISIONARY: Late Dr. Mannan was not only an academic, but as a visionary, he wanted to apply his theoretical knowledge of Islamic economics in the form of developing a socioeconomic program for the progress of poor Muslim countries. So, he planned to establish a social bank to eradicate poverty with the participation of people from all walks of life. On November 22, 1995, Social Investment bank started its journey based on his idea. Later, the bank’s name was changed to ‘Social Islami Bank Limited (SIBL)’. Under his initiative, SIBL issued a cash waqf certificate for the first time, and later his model was taken up in other countries such as Malaysia, Indonesia.

In 2004, he established “The House of Mannan Charitable Trust (HMCT)” as a non-profit and non-partisan organization that empowers people by emphasizing their mental, spiritual, moral, and material growth through education, health, and socio-economic programs. So far, HMCT has established an English medium school at Raiganj Upazila of Sirajganj, a hospital titled ‘Syeda Rezia Memorial Hospital’ at the center of the city of Sirajganj, and proposed the Global University of Islamic Finance and Technology as the first private specialized university to be located in a rural setting of the district of Sirajganj which will open its operation after final approval from the ministry of education. To ensure the financial flow for HMCT activities, he built a multi-storied building in the Baridhara area. 80 percent of the total income from the building will be used in various social welfare works by HMCT.

Dr. Mannan was a torchbearer of the contemporary Islamic economic thought and global Islamic economic movement who dedicated almost his entire professional life to the development of Islamic Economics as a distinct discipline. Thus, throughout his life and works, he inspired generations of Islamic economists, bankers, and financial experts as their mentors, guide, philosopher, and friend.

Russia Exporting Halal Products To Muslims Globally
Next Post: How Should You Market Your Products/Services During Ramadan?