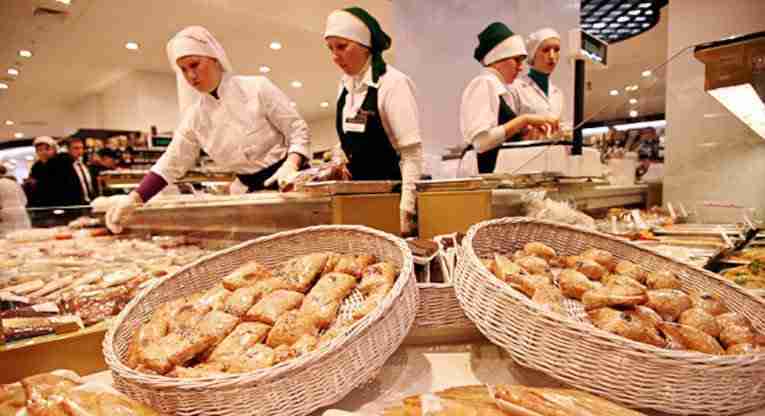 A few short years ago, the author of this blog post met with a Russian businessman on the sidelines of the Mihas Trade Show in Kuala Lumpur, Malaysia. To my surprise, he discussed the possibility of exporting a lot of Russian halal products to Muslims around the world. Now, he and many other Russian companies have been exporting halal products to Southeast Asia and many other countries for several years.

Some of our readers may be surprised to know that there is s steady rise in the demand for Russian halal products globally. The following story published in The New Straits Time of Malaysia is a testament to this phenomenon.

They reside throughout the whole country and are the majority of the population of several Russian regions, such as Ingushetia, Chechnya, Dagestan, Kabardino-Balkaria, Karachay-Cherkessia, Bashkortostan, and Tatarstan.

These days, Russian Muslims — like many fellow believers around the world — observe Ramadan, and at the end of this holy month of fasting and prayers, will celebrate Uraza Bayram, known in Malaysia and many other Muslim countries as Hari Raya Aidilfitri.

Islamic culture plays a prominent role in the life of Russian Muslims. Almost all Russians know the meaning of the Quran, mosque, imam, haj, and, of course, halal products. There are many stores, markets, and restaurants selling halal products that are popular among Russian Muslims and non-Muslims alike.

Given this great demand, many Russian companies produce millions of tonnes of halal-compliant poultry, beef, lamb, eggs, milk, and dairy products as well as confectionery every year. Muslim travelers feel comfortable when visiting Russia because of its developed network of halal-friendly hotels, restaurants, prayer rooms, and a wide range of food, beverages, and other commodities suitable for Muslims.

Recently, exports of Russian halal products have been continuously increasing, mostly to Saudi Arabia (worth US$79 million last year) and other countries in the Middle East, the Persian Gulf, and North Africa.

In 2018, the memorandum of understanding on cooperation in the field of general and halal accreditation was signed between the Federal Service for Accreditation of the Russian Federation and the well-known GCC Accreditation Centre of the Kingdom of Saudi Arabia.

Annually, thousands of traders from many foreign countries participate in the international Moscow Halal Expo and visit the Halal Eurasia exposition at the Prodexpo in Moscow, a major international show of food and drinks in Russia and Eastern Europe.

Nowadays, Russian halal manufacturers intend to enter the Southeast Asia market, especially the Malaysian market. They have already started business negotiations with potential local partners. The promotion of such cooperation is on the agenda of the Intergovernmental Joint Russia-Malaysia Commission.

Talks with the Department of Islamic Development Malaysia on recognition of certificates issued by the Russian halal certification centers are also underway. The Halal Times hopes that Malaysian consumers will be able to taste high-quality, organic, and delicious halal products from Russia very soon.