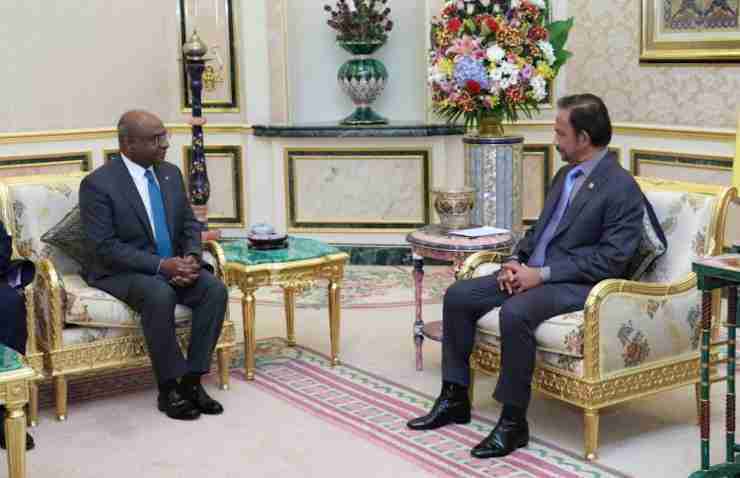 Minister of Foreign Affairs of Maldives, Abdulla Shahid Minister on Saturday requested Brunei to help establish a halal science laboratory in the Maldives.

During the meeting held at the Bruneian foreign ministry, the two diplomats discussed bilateral relations between the two nations, including instituting a ministry-to-ministry level cooperation agreement to reinvigorate cultural and trade ties.

Minister Shahid further explored possibilities for more scholarships to Maldivian students and thanked the government of Brunei for the existing educational opportunities extended to students from the Maldives. He highlighted that supporting and educating people with special needs is an important priority of the Maldivian administration, as well as the development of the country’s social sector.

The foreign minister also had a meeting with the Sultan of Brunei, Haji Hassanal Bolkiah Mu’izzaddin Waddaulah, during which he thanked the Bruneian leader for the full scholarships on human resource development extended by Brunei to Maldivian students.

Highlighting the shared membership of both nations in the Commonwealth and Organization of Islamic Cooperation (OIC), and common views across many international issues, Minister Shahid expressed confidence for increased cooperation in the multilateral fora and stronger bilateral ties.

Minister Shahid conveyed the best wishes on behalf of President Ibrahim Mohamed Solih, the government and people of Maldives to Brunei, further highlighting Maldives’ keenness to strengthen people-to-people contacts between the two countries.

During his visit, the foreign minister also met with the ministers of education and health of Brunei.